WELLINGTON (AFP) - The green shirts were struggling against the Kiwis, who posted an imposing 431 runs on the scoreboard before being bowled out. Pakistan was struggling at 30/1 at close of play on day 2 of the first Test match,

Pakistan looked good at the start of the innings before Shan Masood's silly mistake cost him and the team dearly, enabling New Zealand to draw first blood.

Looking to glance the delivery down to his leg side, Masood edged it straight into the keeper's hands. Right-arm medium pacer Mohammad Abbas was sent in as a night watchman, who was able to play down the Kiwi threat for the day. 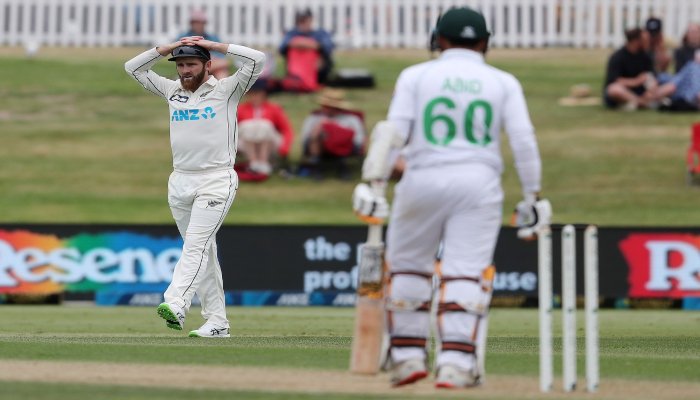 Earlier, Pakistan were finally able to send the Kiwis back to the pavilion for an impressive 431 runs with Kane Williamson scoring his 23rd Test ton.

After resuming the day at 222 for three New Zealand lost their last seven wickets for the addition of 209 runs.

For Pakistan, Shaheen Afridi took four for 109 and Yasir Shah three for 113. 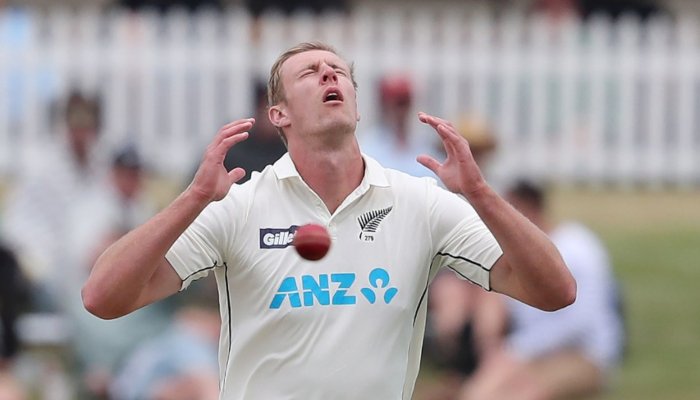 After a long, composed innings Williamson was out before lunch for 129 following a 133-run stand for the fourth wicket with Henry Nicholls.

As rain clouds hovered close to the ground where Watling scored a double century against England a year ago, the wicketkeeper was untroubled as he picked up ones and twos with the occasional boundary.

The first wicket to fall between lunch and tea was Mitchell Santner, who stood in a 261-run stand with Watling in the England Test and who looked set again as he crisply moved to 19. 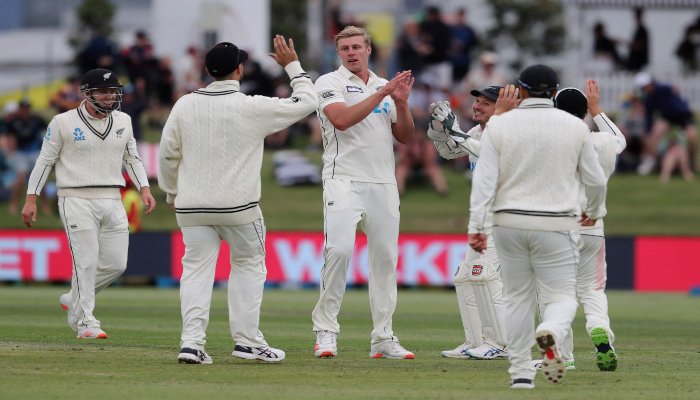 But he could not resist slashing at a wide delivery from Faheem Ashraf and the ball was edged to Mohammad Rizwan behind the stumps.

All-rounder Kyle Jamieson gave Mohammad Abbas his first wicket and Rizwan his third catch to be out just before tea for 32. 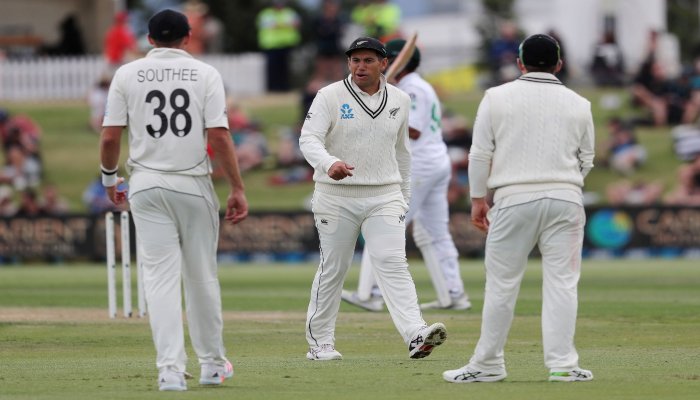 Although the pitch no longer offered frontline bowlers Shaheen Afridi and Abbas the same swing and seam they enjoyed on the first day, they continued to demand respect from the batsmen with testing lines.

However, it was the more expensive Naseem Shah and Yasir Shah along with Ashraf who picked up the early wickets on day two.

Nicholls departure was strange as he was given out caught off the gloves from the bowling of Naseem Shah.

He talked at length with Williamson before deciding not to review the decision and walked off.

Replays, however, showed the ball hit his forearm and did not touch either bat or glove.

When Yasir Shah came into the attack he picked up Williamson's wicket with his third ball which turned enough to find an edge for Haris Sohail to take a sharp, ground-level catch.

It was an uncharacteristic lapse from the New Zealand captain who, until then, had played a determined and risk-free innings for his 23rd Test century.