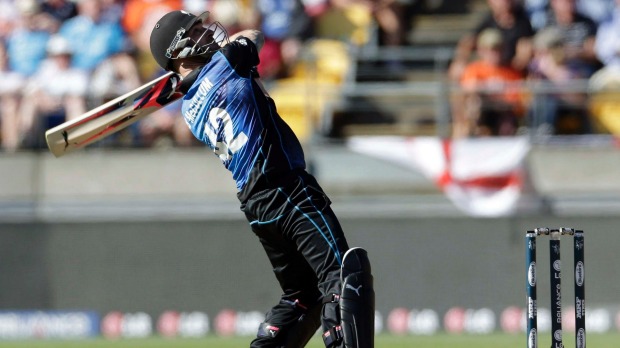 WELLINGTON - New Zealand will not be shelving the aggressive game that has taken them through the pool stage at the World Cup unbeaten despite the stakes now being that much higher in the knock-out rounds, batsman Kane Williamson said on Monday. The co-hosts will enter Saturday's quarter-final in Wellington as raging favourites to beat West Indies having notched six straight wins from their pool matches. Led by hard-hitting skipper Brendon McCullum, New Zealand's batsmen have battered bowlers the length and breadth of the country while their best seamers have bowled most of their overs early in blitzkrieg attacks to unsettle sides. Pundits have questioned whether the strategy is sustainable when the pressure is on during the knock-out stages but Williamson could see no change to their approach. "I think it is important that you are relaxed and calm and play with that freedom," the Tauranga-born 24-year-old told reporters in Wellington. "When you do, you play your best cricket. We're looking to do that in this next game. "It's important that we look at it with the freedom, and play with that and go into those high pressure situations and express our skills. "This is a one-off game and we need to play with that freedom and sort of calm aggression, I suppose." "We've got a lot of matchwinners and everyone's looking forward to this game." New Zealand have played all of their matches on home soil and are guaranteed a home semi-final if they can get past West Indies. The Black Caps played arguably their worst pool match in their last game against Bangladesh on Friday, needing until the penultimate over to reel in their opponents' 288-7 and secure a tight three-wicket win. "It was nice to get a win over Bangladesh and chase down a big total," Williamson said. "I suppose it was in slightly scrappy fashion, but I guess that's also a positive for us. "We've played six games in pool play and every game has been very different, so I suppose it's nice to have all those experiences going into this quarter-final match. "Going through the pool stages, playing some good cricket, everything starts again. "Anything in the past is quickly forgotten." - Reuters