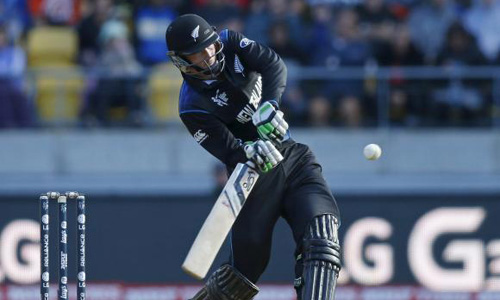 WELLINGTON - New Zealand's Martin Guptill smashed 237 not out to record the highest individual World Cup score in the co-hosts quarter-final against West Indies on Saturday. The 28-year-old hit 24 boundaries and 11 sixes before being roared off the ground by a sell-out crowd at Wellington Regional Stadium and greeted by a guard of honour by his team mates. His innings, also the first double century by a New Zealand batsman, helped take his side to an imposing 393 for five. West Indies Chris Gayle had scored 215 against Zimbabwe in Canberra earlier in the tournament to record the first World Cup double century, a mark Guptill passed with a four in the 48th over. - REUTERS