Obama approves broader role for US forces in Afghanistan 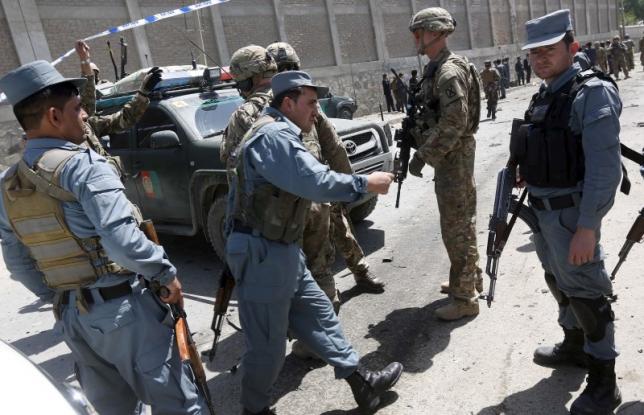 Obama approves broader role for US forces in Afghanistan

WASHINGTON - President Barack Obama has approved giving the US military greater ability to accompany and enable Afghan forces battling a resilient Taliban insurgency, in a move to assist them more proactively on the battlefield, a US official told Reuters. The senior US defence official, who spoke on condition of anonymity, said the decision would also allow greater use of US air power, particularly close air support. However, the official cautioned: "This is not a blanket order to target the Taliban." Obama's decision again redefines America's support role in Afghanistan's grinding conflict, more than a year after international forces wrapped up their combat mission and shifted the burden to Afghan troops. It also comes ahead of Obama's eagerly anticipated decision on whether to forge ahead with a scheduled reduction in the numbers of US troops from about 9,800 currently to 5,500 by the start of 2017. A group of retired generals and senior diplomats urged Obama last week to forgo those plans, warning they could undermine the fight against the Afghan Taliban, whose leader was killed in a US drone strike in Pakistan last month. Under the new policy, the US commander in Afghanistan, General John Nicholson, will be able to decide when it is appropriate for American troops to accompany conventional Afghan forces into the field - something they have so far only been doing with Afghan special forces, the official said. The expanded powers are only meant to be employed "in those select instances in which their engagement can enable strategic effects on the battlefield," the official said. That means that US forces should not be expected to accompany Afghan soldiers on day-to-day missions. "This added flexibility ... is fully supported by the Afghan government and will help the Afghans at an important moment for the country," the official said. AIDING AFGHAN OFFENSIVE The decision is a departure from current US rules of engagement in Afghanistan, which impose limits on US forces' ability to strike at insurgents. For example, the US military was previously allowed to take action against the Taliban "in extremis" - moments when their assistance was needed to prevent a significant Afghan military setback. That definition, however, left the US military postured to assist them in more defensive instances. The new policy would allow US forces to accompany Afghans at key moments in their offensive campaign against the Taliban. "The US forces will more proactively support Afghan conventional forces," the official said. The Taliban control or contest more territory in Afghanistan than at any time since they were ousted by a US-backed intervention in late 2001, and US officials have acknowledged the uneven performance of Afghan security forces. Large portions of Afghanistan, including the provincial capital of northern Kunduz and multiple districts of southern Helmand province, have fallen, at times briefly, to the Taliban over the past year-and-a-half. Many other districts and provinces are also under varying degrees of Taliban control. The new authorities that Obama has given the US military could give it greater leeway in addressing the shortcomings of Afghan security forces. Still, experts warn that its hard to predict when Afghanistan will be able to stand on its own against the Taliban, not to mention the country's enormous economic difficulties and fractious political system. The US government’s top watchdog on Afghanistan told Reuters that the United States had wasted billions of dollars in reconstruction aid to Afghanistan over the past decade, and now a renewed Taliban insurgency was threatening the gains that had been made. -Reuters