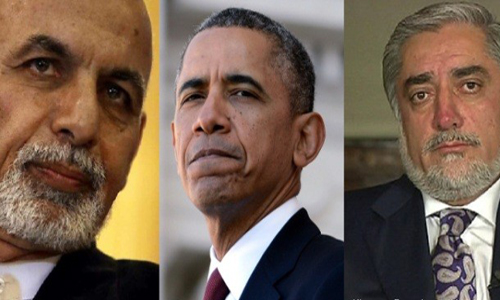 WASHINGTON (Reuters) - US President Barack Obama will host Afghan President Ashraf Ghani, Afghanistan's chief executive officer Abdullah Abdullah and other members of the Afghan government for meetings in Washington next month, White House spokesman Josh Earnest said. The leaders will meet March 24 at the White House to discuss security, economic development and US support to the Afghan-led reconciliation process that seeks to resolve hostilities within Afghan society, Earnest said in a statement on Friday. The following day Ghani will address a joint meeting of Congress, House of Representatives Speaker John Boehner said in a separate statement. During their March 22 to March 25 visit, Ghani and his delegation will also meet with US Secretary of State John Kerry at Camp David in nearby Maryland, the White House statement said.