Obama asks US insurers for help enrolling the young and healthy 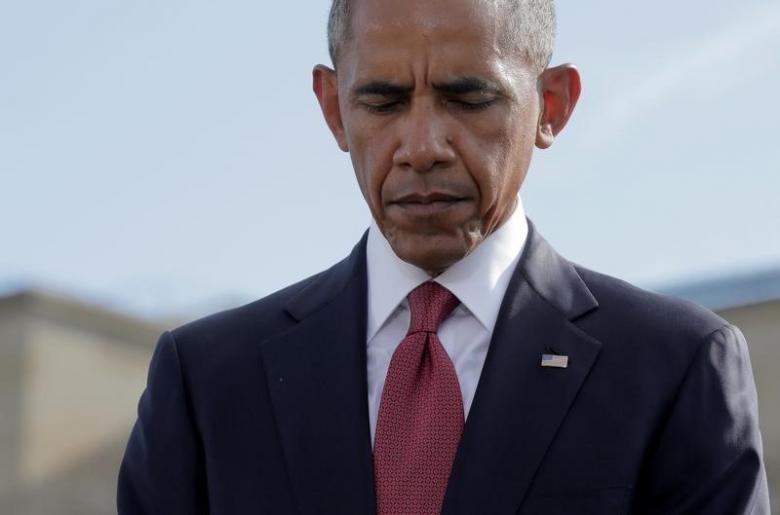 Obama asks US insurers for help enrolling the young and healthy

WASHINGTON - President Barack Obama urged US insurers offering coverage next year under his national healthcare law to step up their efforts to enroll those who remain uninsured, especially younger and healthier Americans. Several big insurers, including UnitedHealth Group Inc, Aetna Inc and Humana Inc, have announced they will pull back from the Obamacare individual insurance market in 2017, citing financial losses due to the costs of covering members who are sicker than expected. Their planned exit has prompted new questions over whether Obamacare can survive over the long-term if insurers cannot create a viable business from the market. Insurance premiums for consumers have jumped each year since Obamacare plans took effect in 2014, and those price increases are expected to grow steeper as fewer insurers participate. Obama, in a letter to all insurers selling health plans next year on the exchanges, noted that the program has helped reduce the percentage of Americans without health insurance to a record low, and acknowledged that it could still be improved to benefit insurers and consumers. His administration will help find and enroll those who still lack coverage, with a particular focus on enrolling young adults. "Since the remaining uninsured are disproportionately younger and healthier, signing them up improves the risk pool and consequently the affordability of coverage for all enrollees," Obama said in the letter. Obama, Secretary of Health and Human Services Sylvia Burwell and other top health advisers on Monday met with executives from several leading insurance companies, including Cigna Corp Chief Executive David Cordani and Humana CEO Bruce Broussard, to discuss ways to strengthen the marketplace ahead of its fourth open enrollment period, which begins Nov. 1, according to a White House official. A spokeswoman for industry group America’s Health Insurance Plans said the meeting's focus included increasing enrollment. “As health plans are preparing for open enrollment, today’s meeting was focused on how to build on the continued progress in reducing the uninsured rate and moving forward with policy solutions that will support a stable, affordable market for 2017 and beyond,” AHIP spokeswoman Clare Krusing said. -Reuters