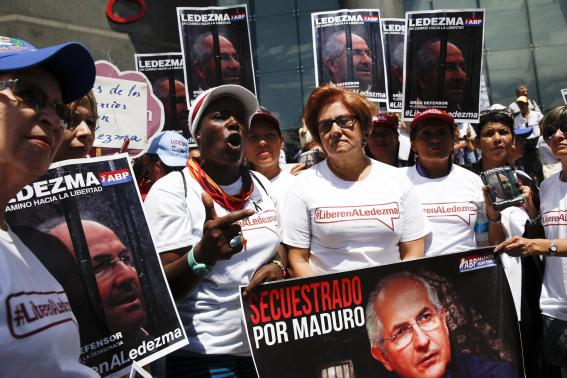 WASHINGTON (Reuters) - US President Barack Obama issued an executive order on Monday declaring Venezuela a national security threat, sanctioning seven individuals and expressing concern about the Venezuelan government's treatment of political opponents. "Venezuelan officials past and present who violate the human rights of Venezuelan citizens and engage in acts of public corruption will not be welcome here, and we now have the tools to block their assets and their use of US financial systems," White House spokesman Josh Earnest said in a statement. "We are deeply concerned by the Venezuelan government's efforts to escalate intimidation of its political opponents. Venezuela's problems cannot be solved by criminalizing dissent," he added. The White House said the executive order targeted people whose actions undermined democratic processes or institutions, had committed acts of violence or abuse of human rights, were involved in prohibiting or penalizing freedom of expression, or were government officials involved in public corruption. The seven individuals named in the order would have their property and interests in the United States blocked or frozen and they would be denied entry into the United States. US citizens would also be prohibited from doing business with them. The White House called on Venezuela to release all political prisoners, including "dozens of students," and warned against blaming Washington for its problems. "We've seen many times that the Venezuelan government tries to distract from its own actions by blaming the United States or other members of the international community for events inside Venezuela," Earnest said in the statement. "These efforts reflect a lack of seriousness on the part of the Venezuelan government to deal with the grave situation it faces."