Obama says bill on Iran will not derail negotiations, will sign it 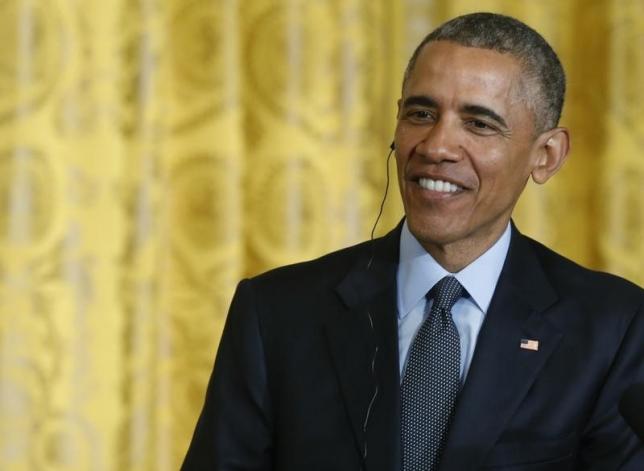 Obama says bill on Iran will not derail negotiations, will sign it

WASHINGTON - US President Barack Obama said on Friday he does not see proposed legislation in Congress derailing negotiations with Iran on its nuclear program, calling the bill allowing Congress to review any deal a "reasonable compromise" that he planned to sign. In a news conference at the White House, Obama said Senate Foreign Relations Committee Chairman Senator Bob Corker and the panel's top Democrat, Ben Cardin, have offered assurances that they would protect the bill from "poison pill" amendments that would be tilted toward trying to kill any deal with Iran. - Reuters