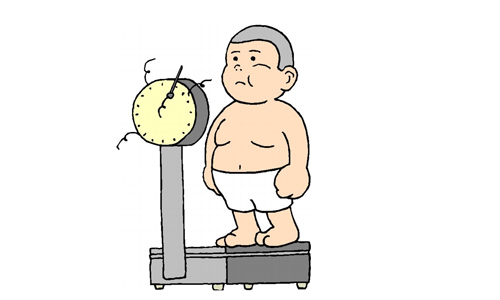 MELBOURNE - Obese children may have taste buds that are less able to detect fats than those of leaner kids, a factor that could contribute to excessive eating, a small study suggests. "Some people may be more susceptible to dietary fat than others," said Russell Keast, a nutrition researcher at Deakin University in Melbourne, Australia, who wasn't involved in the study. "The data indicates that there may be a genetic component to dietary fat that is highlighted in the obese," he told Reuters Health in an email. Globally, about 60 million children, or 9 percent of all kids, will be overweight or obese by 2020, according to the World Health Organization. This makes them more likely to grow into obese adults and increases their risk of premature death, breathing difficulties, cardiovascular disease, diabetes, hypertension, fractures and mental health issues. The study, by Naïm Khan at the Université de Bourgogne in France and colleagues, examined fat taste perception in 116 school children in Algeria who were 7 or 8 years old. The group included 57 obese children and 59 kids of average weight, with about the same number of boys and girls.
The children were asked to come into the clinic on an empty stomach for a taste test of a series of drinks. They were given three clear liquids to taste, one of which contained an odorless and colorless fatty acid known as olenic acid. Then they were asked to identify which liquid was different from the others.
Obese children had a significantly harder time detecting the fatty acid in the drinks than their leaner peers, the study found, with a 40-fold decreased sensitivity for the fat. There was also a correlation between waist size and a higher threshold for being able to detect the fatty acid. The researchers also used saliva swabs from each child to test for variants of the CD36 gene, which is involved in making the chemical receptors in the taste buds that help recognize fat. One variant of the CD36 gene, known as the A allele, is tied to having fewer of the fat receptors, so a person with that allele would, in principle, need more fat to be present before they could detect it. The A allele was more common in the obese children, and was also linked to an increased risk for obesity, according to the results. Other studies have linked this variant to liking more high-fat foods, Kathleen Keller, a food science researcher at Pennsylvania State University who wasn’t involved in the research, said by email. While the exact nature of this interaction is not known, Keller said, it is also possible that regularly eating a high fat diet could be what decreases the fat-taste receptors’ sensitivity over time in obese kids. To be sure, the study was small and more research is needed in a larger group of kids before drawing broad conclusions, the authors write in the International Journal of Obesity. "The variant is significant but needs replication in a large cohort with appropriate controls," Latisha Love-Gregory, a nutrition researcher at Washington University School of Medicine in St. Louis, Missouri, said in an email. "We do not know if the variant by reducing fat sensitivity would increase or decrease fat intake so it is hard to make dietary recommendations at this point," said Love-Gregory, who wasn't involved in the study. "Regardless of genetic background, improving the diets of overweight or obese children is paramount in reducing the risk of obesity-associated complications such as diabetes, cardiovascular disease and hypertension," she said. - Reuters