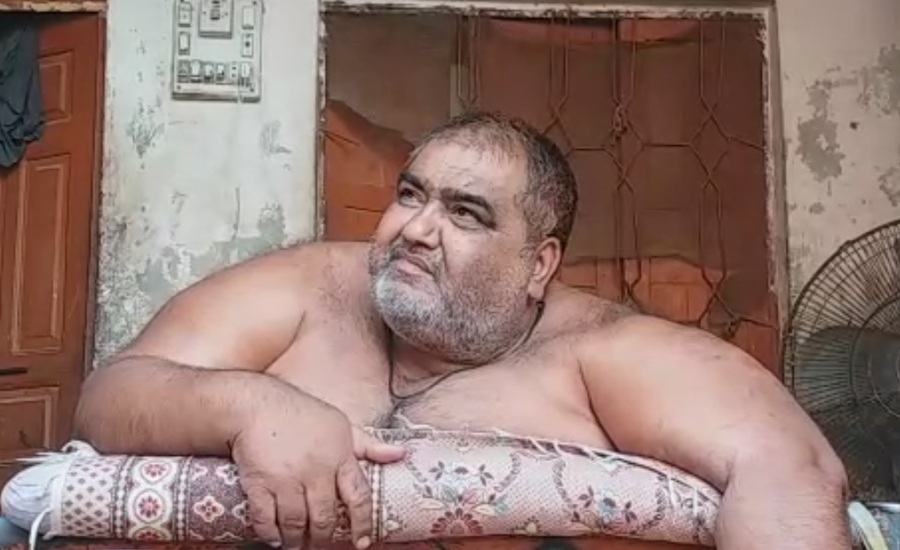 LAHORE (92 News) – Obese Noorul Hassan has undergone successful weight loss surgery at the Lahore’s Shalimar Hospital on Friday. According to reports, Hassan’s surgeon Doctor Muaz and his team operated Hassan with 330 kg weight. The operation lasted for couple of hours and the patient was shifted to the Intensive care Unit (ICU).. Doctors said 80 per cent of stomach of the patent had been reduced and added after six months the weight of Noor Hassan will likely to reduce up to 100 kgs. The special table carrying 400kg weight was manufactured for the surgery of Noor Hassan. Hassan, who hails from Sadiqabad city of Punjab, was airlifted by an Army’s air ambulance on the orders of Chief of Armed Staff (COAS) Qamar Javed Bajwa to a private Hospital where he was operated upon to relieve him of excess body fats.