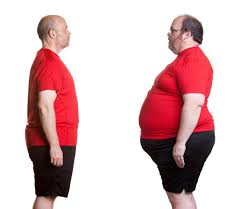 BROOKLYN - Obese people are better at detecting the scent of chocolate and find it more pleasant than non-obese people, according to a small UK study. Recent research suggests that smell plays a large role in people’s food intake, as the sense of smell is linked to the hunger center in the brain, the researchers write in Chemical Senses. “In an era of rising worldwide obesity, we still need to understand more about the role of olfaction in eating behavior,” said lead author Lorenzo Stafford, a senior lecturer at the Center for Comparative and Evolutionary Psychology at the University of Portsmouth in England. Previous research has been conflicted over whether obese people have a stronger or weaker sense of taste, but very few studies have looked at the sense of smell, or olfaction, Stafford told Reuters Health in an email. The research team selected 40 university students for the study and categorized them as either obese or non-obese. All the participants were nonsmokers in good health who were not currently in weight loss programs or taking appetite suppressants. Underweight people as well as those with an impaired sense of smell or taste were excluded. First, the researchers asked students to smell an artificial dark chocolate flavor and rate how intense it was and how pleasant they found the smell. The flavor was then diluted into solutions of different strengths and the participants were tested to determine the lowest concentration they could reliably detect. The researchers also tested the participants on their sense of taste using the four main flavors: sour, salty, bitter, and sweet. Solutions of each taste were sprayed onto the participants’ tongues and they were asked to identify and rate the strength of each one. The research team then analyzed the data to determine the relationship between the senses of smell and taste and body weight. They found that obese people were better at detecting the chocolate odor than the non-obese group and also rated the odor as more pleasant. In addition, the obese participants perceived the salty taste as more salty and the sour taste as more sour than non-obese people. There was no difference between the groups for the bitter and sweet tastes. The researchers write that smell is significant in eating behavior because it triggers the reward center in the brain. Stafford noted that sensory cues such as sight and smell can increase cravings for addictive substances and theorizes that the same may be true for foods. He said that the smell of high-calorie foods “might also trigger craving and possibly lead to overconsumption for those individuals prone to weight gain.” Lucy Donaldson at the University of Nottingham said that while the results seem to show a preference for sweet foods, this could also apply to sweet but low-calorie foods such as fruit. She said more testing is needed to narrow the results. Donaldson, who was not involved in the study, also noted in an email, “the factors that contribute to eating behavior and obesity are more complex and complicated than just taste or smell perception alone.” She added that it is difficult to know if the differences in smell perception are part of what causes obesity or if these differences are caused by obesity. She recommends that for anyone looking to maintain healthy eating habits, “eating a varied and balanced diet is the healthiest option.” - Reuters