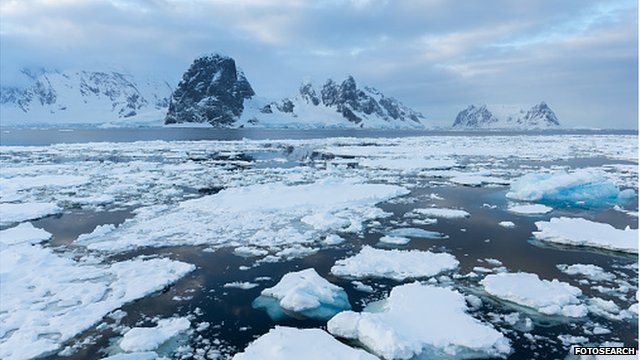 SOUTHAMPTON (Web Desk) - Carbon dioxide escaping from the depths of the ocean heralded the end of the last Ice Age, a study suggests. Its release into the atmosphere drove the shift towards a warmer period, according to scientists at the University of Southampton. The research, published in Nature, is based on analysing chemical signals in the shells of ancient plankton. The world's oceans absorb about a third of the atmospheric carbon dioxide from burning fossil fuels. Scientists predict that as the oceans warm, their ability to absorb atmospheric carbon dioxide will be reduced, potentially leading to faster global warming. Dr Miguel Martinez-Boti, who co-led the study, said the findings showed that there was a link between very high concentrations of dissolved carbon dioxide in parts of the ocean and rises in atmospheric carbon dioxide at the end of the last Ice Age. "This increases our understanding of the role of the ocean in the carbon cycle," he told BBC News. "The ocean is a much bigger reservoir for carbon than the atmosphere, so how the ocean interacts with the atmosphere is very important." Ocean acidification The research is based on analysis of ancient marine organisms that lived on the surface of the oceans thousands of years ago. The acidity of the seawater they inhabited can be gleaned from the chemical signature left in their shells, which in turn allows the amount of carbon dioxide in the water to be calculated. Co-researcher, Dr Gavin Foster, said: "Just like the way the oceans have stored around 30% of humanity's fossil fuel emissions over the last 100 years or so, our new data confirms that natural variations in atmospheric carbon dioxide between ice ages and warm interglacials are driven largely by changes in the amount of carbon stored in our oceans." The waters around Antarctica - known as the Southern Ocean - are thought to play a key role in the movement of carbon between the atmosphere, land and sea. Scientists need to understand more about how the ocean affects the carbon cycle to gain a better insight into climate change. According to the Intergovernmental Panel on Climate Change, about 40% of carbon dioxide emissions since pre-industrial times have remained in the atmosphere. The ocean has absorbed about 30%, causing ocean acidification.