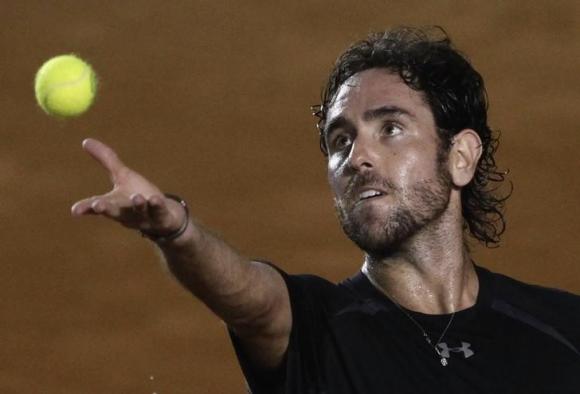 LONDON - American player Wayne Odesnik has been banned for 15 years after a second doping violation, the International Tennis Federation (ITF) announced on Wednesday.

The 29-year-old, who was sanctioned for two years in 2010 for possession of human growth hormone, was found to have taken prohibited substances, including an anabolic steroid, after submitting out-of-competition urine samples in December 2014 and January this year.

The United States Tennis Association said it had no comment on the suspension.

The tests were carried out by the Tennis Anti-Doping Programme and U.S. anti-doping body USADA.

"This case featured extensive cooperation between the ITF (on behalf of the Programme) and USADA, including information sharing, use of the expertise of each organization and a consolidated approach to the results management process," a statement said.

"These contributions are hereby recognized and held up as an example of the benefits of cooperation between Anti-Doping Organisations."

The South African-born Odesnik, currently ranked 267th, served only half of his previous two-year ban because he cooperated with the ITF’s anti-doping program.

Odesnik was shunned by some of his peers on the tour after being punished for doping and the subsequent perception that he might have tattled on other players. - Reuters