Official martyred, 14 injured in attack on Rangers’ vehicle in Larkana 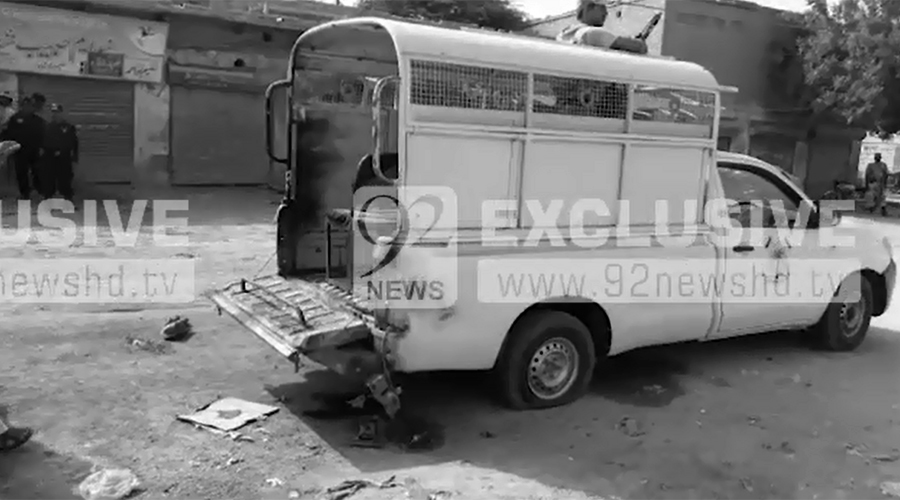 Official martyred, 14 injured in attack on Rangers’ vehicle in Larkana

LARKANA (92 News) – An official was martyred and 14 others injured in an attack on a vehicle of the Rangers near Meero Chowk on Saturday. Five officials are among the injured. Security forces have cordoned off the area and launched a search operation. Prime Minister Nawaz Sharif has condemned the incident and ordered to provide the best medical treatment. Meanwhile, DG Rangers Sindh Maj-Gen Bilal Akbar visited the site. Speaking on the occasion, he said that the attackers used two bikes and targeted their vehicle patrolling for the security of schools and colleges. He said that passers-by were also injured in the attack. The DG Rangers appreciated the Larkana Hospital staff for looking after the injured in a better way. He said that the forensic and technical investigations would take time. He thanked the police for cooperating with them. Maj-Gen Bilal Akbar said that they would chase the criminals no matter where they are. He said that they enjoyed the support of the provincial and federal government. “It could be an attempt to target the CPEC.” He said that terrorist organizations could not digest peace in the country. The DG Rangers said that they had started the investigations and it would be premature to say anything about the terrorists.