ISLAMABAD (92 News) – The Oil and Gas Regulatory Authority (OGRA) has increased the Liquefied Petroleum Gas (LPG) by Rs13 per kg. 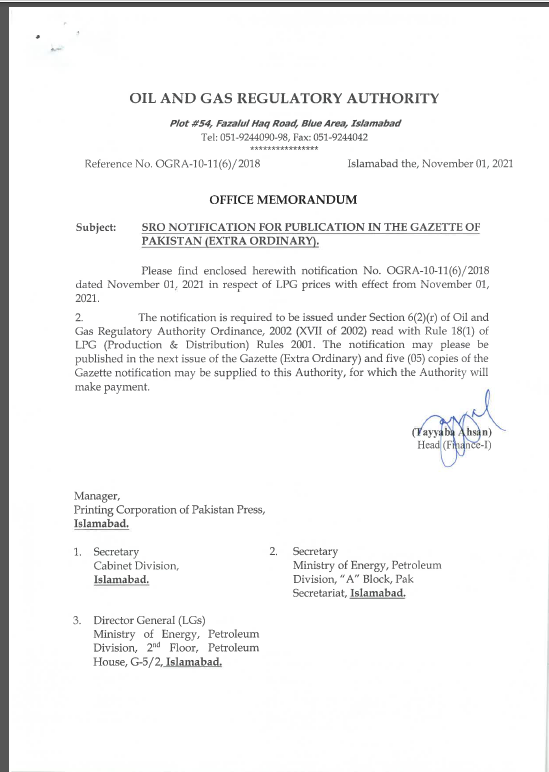