ISTANBUL (92 News) – The emergency meeting of OIC Foreign Ministers has stressed the need for taking strict steps against anti-Muslim incidents happening across the world. Talking to the media, Foreign Minister Shah Mehmood Qureshi said that the meeting had adopted a joint declaration comprising of six points includes four from the Pakistan. He said that Pakistan had proposed to expand the definition and scope of terrorism, not confining it to Al-Qaeda and Daesh only. “Rather, it should also encompass the elements promoting Islamophobia.” The minister said that the second point of Pakistan was to convene a special session of the UN General Assembly on Islamophobia. “Pakistan had also suggested that OIC Secretary General play a role in removing hate material against Islam from social media platforms as it leads to extremism.” He said that lastly Pakistan demanded to appoint a special rapporteur to monitor the hatred against Islam and to propose suggestions for its eradication.

Pakistan will continue strive for peace, stability in region: FM

Talking to Afghan Foreign Minister Salahuddin Rabbani on the sidelines of the OIC meeting in Istanbul, Shah Mahmood Qureshi said that Pakistan will continue to execute its joint responsibility for maintaining peace and stability in the region including Afghanistan. 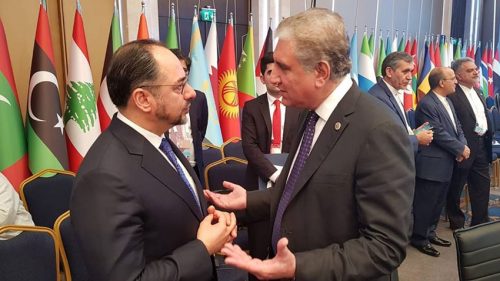 He said: “From the first day, we are supporter of Afghan owned talks.” The foreign minister said that establishment of peace in Afghanistan is not only important for Afghanistan but also imperative for development of the entire region. Speaking on the occasion, the Afghan foreign minister appreciated Pakistan's endeavors for ensuring peace in Afghanistan. Pakistan committed to improving relations with all countries: FM Talking to his Iranian counterpart Javad Zarif on the sidelines of the OIC meeting, Mehmood Qureshi reiterated Pakistan's commitment to improve relations with all regional countries, including Iran. 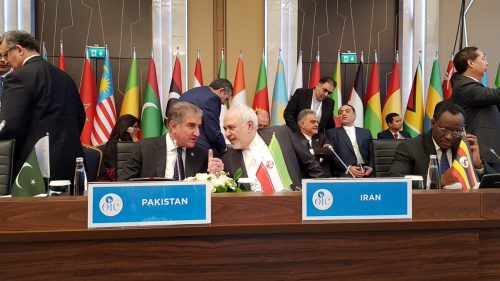 The two sides discussed Pak-Iran relations and overall issues of mutual interest, including the regional situation. The Iranian foreign minister endorsed the points raised by Shah Mehmood Qureshi against the rising Islamophobia and assured his full cooperation in this regard. Foreign Minister Qureshi proposed that Pakistan, Iran and Turkey should devise a joint course of action against rising intolerance against Islam in the Western world. Both foreign ministers agreed to increase Pak-Iran cooperation in multidimensional areas for the promotion of bilateral ties. The Iranian foreign minister especially thanked the armed forces and government of Pakistan on retrieving four missing Iranian soldiers.