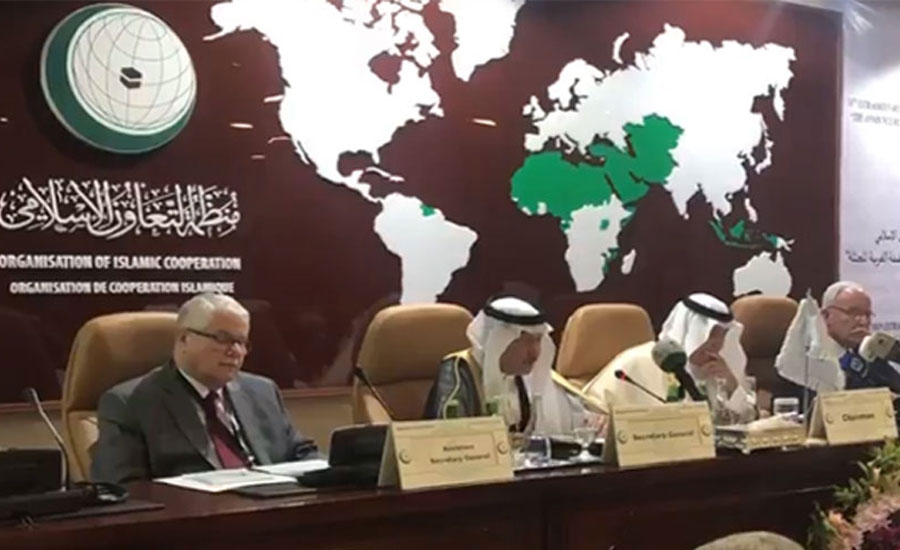 JEDDAH (Web Desk) – The Organization of Islamic Cooperation (OIC) has expressed its total rejection of the Israeli prime minister’s pre-election pledge to annex part of the occupied West Bank. Battling to win re-election in polls on Tuesday, Benjamin Netanyahu made a deeply controversial promise last week to annex the strategic Jordan Valley, which accounts for around a third of the occupied West Bank. He also repeated his intention to annex Israeli settlements in the wider West Bank, but in coordination with US President Donald Trump. Following an emergency meeting of the Council of Foreign Ministers of the member states of OIC in Jeddah, the OIC expressed its total rejection and strong condemnation of Israeli Prime Minister’s declaration, to annex the Jordan Valley in the occupied West Bank if re-elected in polls to be held on Tuesday (September 17, 2019). “This dangerous declaration… deliberately undermines international efforts to achieve a just and lasting peace… and pushes the whole region towards further violence and instability,” the 57-member pan-Islamic body added in a statement carried by Saudi state media. The emergency meeting of OIC foreign ministers was called at the request of Saudi Arabia, which has unilaterally condemned Netanyahu’s pledge as a “dangerous escalation”. The multilateral statement comes as Netanyahu’s government on Sunday approved a new settlement in the occupied West Bank. The Israeli cabinet agreed to turn the wildcat settlement of Mevoot Yericho in the Jordan Valley into an official settlement, the premier’s office said. Netanyahu’s moves could essentially destroy any remaining hopes for a two-state solution to the Israeli-Palestinian conflict. His pledge to annex the Jordan valley has drawn firm condemnation from the Palestinians, the United Nations, the European Union and Arab states.

Israeli cabinet met in the Jordan Valley, a largely agricultural area, to approve it legal status for an unauthorised outpost and Jewish settlement. Israeli Prime Minister Benjamin Netanyahu had announced on Tuesday that he intended to annex if he wins a fifth term. Israeli cabinets have rarely held sessions in the West Bank. Netanyahu has stepped up a bid for far-right votes two days before a closely-contested election, convening his cabinet in the occupied West Bank . At the meeting, the government announced it had approved Netanyahu’s proposal to turn the outpost of Mevo’ot Yericho into a formal settlement – 20 years after it was established as a farming community in the Jordan Valley without state sanction. In public remarks at the session, Netanyahu said it would be up to the government formed after Tuesday’s election to grant final approval.