Oil up 3 percent as US jobs data hits dollar; tumbles on week 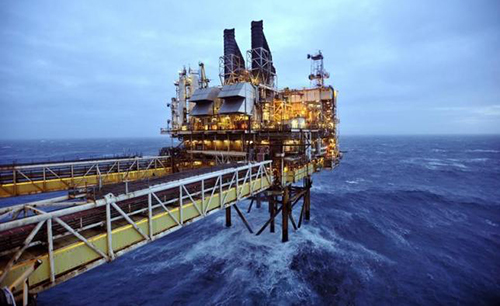 Oil up 3 percent as US jobs data hits dollar; tumbles on week

NEW YORK – Oil settled up nearly 3 percent on Friday after a weak US jobs report hurt the dollar and boosted commodities, but crude prices still ended the week sharply lower on concerns about oversupply. US employment growth eased more than expected in August after two straight months of robust gains, the report showed. That initially led to doubts that the Federal Reserve would hike interest rates at its Sept. 20-21 meeting. The dollar, however, rose later in the day on bets that a September rate hike remained on the cards. Crude prices were also supported by a steadying US oil rig count. After being unchanged last week, the oil rig count provided by industry firm Baker Hughes rose by just one this week as crude prices held below the key $50-a-barrel mark that analysts and drillers said made drilling more viable. "Notwithstanding today's dollar-driven rally, September is usually a weak time for oil with demand coming off the peak summer period. So if the rig count stays steady, we could finish the year at about $50," said Jay Hatfield of New York-based InfraCap MLP EFT, which invests in U.S. energy projects. Brent crude futures LCOc1 settled up $1.38, or 3 percent, at $46.83 a barrel. For the week, Brent was down 6 percent, its biggest drop in five weeks. US West Texas Intermediate futures CLc1 rose $1.28, also 3 percent, to settle at $44.44. WTI fell nearly 7 percent on the week, its largest decline in eight weeks. "It's quite likely oil will hold at mid-$40 levels," said Carl Larry Director, director of business development for oil & gas at Frost & Sullivan. "More telling of how oil performs will be the rig count in coming weeks and OPEC gestures to support prices." In early trading on Friday, oil rose after Russian President Vladimir Putin said in a Bloomberg interview that he supported attempts by the Organization of the Petroleum Exporting Countries to implement an output freeze with other oil producers.
OPEC, led by Saudi Arabia and other big Middle East crude exporters, will meet non-member producers led by Russia at informal talks in Algeria from Sept26 to 28 to discuss an output freeze.If OPEC fails to strike a deal in Algeria, the cartel is expected to try other measures to support oil prices during its policy meeting in Vienna on Nov30. Many analysts remain skeptical that it would be successful. "The oil price will remain volatile over the coming weeks," said Hans van Cleef, senior oil economist at ABN Amro. –Reuters