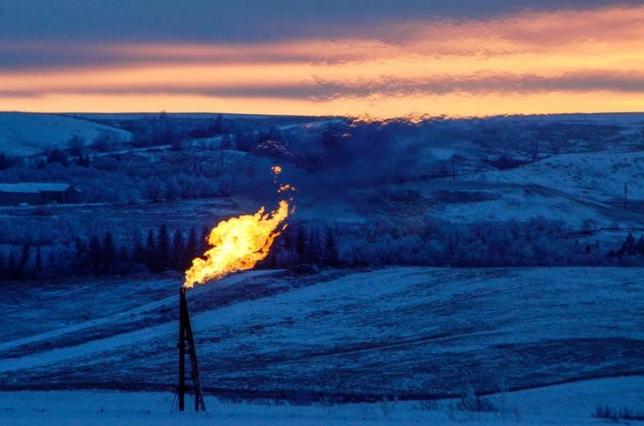 SINGAPORE - Oil prices rose almost 2 percent on Monday, after Venezuela said OPEC and non-OPEC producers were close to reaching an output stabilizing deal and as clashes in Libya raised concerns that efforts to restart crude exports could be disrupted. Venezuelan President Nicolas Maduro has said that a deal could be announced this month to stabilize oil markets, which have come under pressure due to a persistent glut and a price collapse over the past two years. Brent crude futures were at $46.59 per barrel at 0301 GMT (11:01 p.m. EDT), up 82 cents, or 1.8 percent, from their previous settlement. U.S. crude was up 88 cents, or about 2 percent, at $43.91 a barrel. The rise in oil prices is a reaction to Venezuelan comments about producers reaching a possible output agreement, said Ric Spooner, CMC Markets' chief market analyst. Loading disruptions in Libya were also underpinning the market, Spooner added. "(Libya) unable to get their first ship loaded is a reminder that it may be difficult for Libya to increase production." Clashes in Libya have halted the loading of the first oil cargo from the port of Ras Lanuf in close to two years, while also raising fears of a new conflict over Libya's oil resources. Brent and WTI prices had been dragged to multi-week lows on Friday amid worries returning supplies from Libya would add to the global supply glut. Concerns over rising supplies remain a bugbear on sentiment. Crude exports from No.3 OPEC producer Iran in August jumped 15 percent from a month ago to more than 2 million barrels per day, according to a source with knowledge of its tanker loading schedule, closing in on Tehran's pre-sanctions shipment levels of five years ago. In the United States, drillers have added oil rigs for 11 out of the past 12 weeks. Drillers added two oil rigs in the week to Sept. 16, bringing the total rig count up to 416, the most since February. -Reuters