Oil dips to remain near three-month lows as headwinds persist 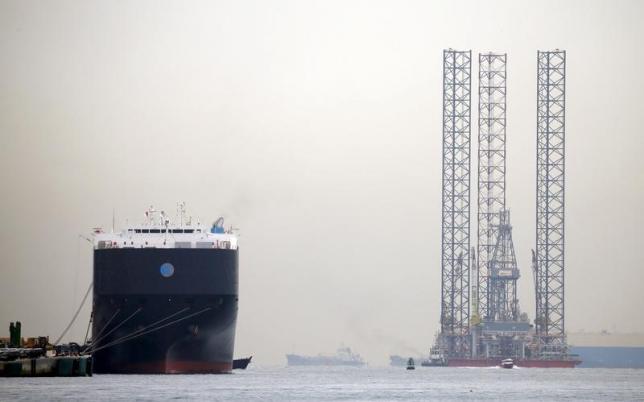 Oil dips to remain near three-month lows as headwinds persist

SINGAPORE - Oil prices dipped in Asian trading on Wednesday as plentiful supplies and slowing economic growth weighed on markets, although some analysts said that the current downtrend would be modest and see a recovery later this year. International Brent crude oil futures LCOc1 were trading at $44.81 at 0148 GMT, down 6 cents from their previous close. U.S. West Texas Intermediate (WTI) crude CLc1 were at $42.87, down 5 cents. Brent hit $44.14 the previous day, the lowest since May, and the contract has shed over 15 percent in value since peaking in June as a refined product glut as well as slowing economic growth dent the demand outlook for crude oil. Analysts said they expected more price declines in the short-term as oversupply continued while demand growth stutters. "My view is that oil prices will find a low between $39 and $42 per barrel over the coming weeks due to headwinds," said Ric Spooner, chief market analyst at CMC Markets in Sydney, Australia. "After that, however, we are coming closer to seeing a balanced market again," he added, saying that $50-60 per barrel would represent such a supply and demand balance. Oil markets have been dogged by oversupply in the last two years, which pulled down prices by as much as 70 percent between 2014 and early 2016, when Brent hit a more than a decade low of around $27 per barrel. -Reuters