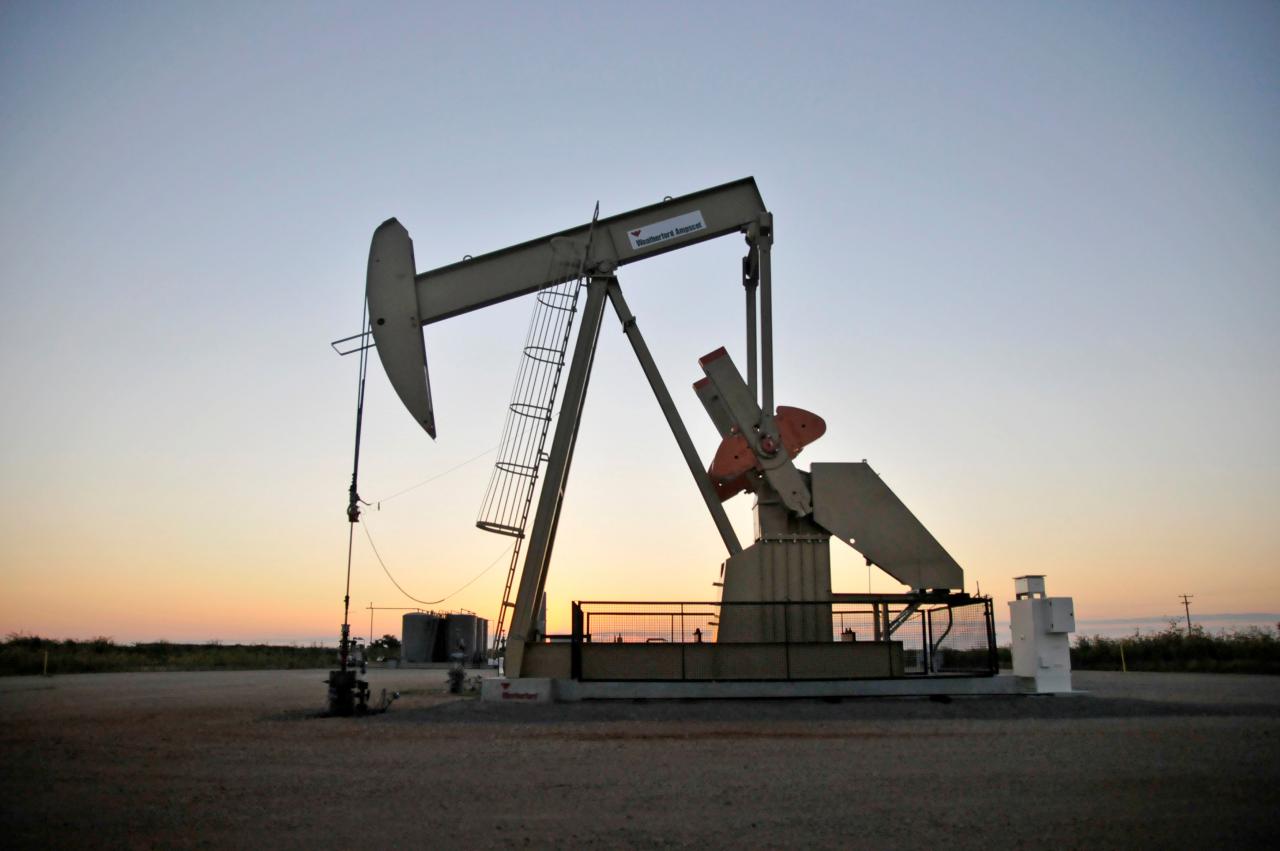 “The equity markets are certainly a driving factor behind this slide today,” said Brian LaRose, technical analyst at United-ICAP in Jersey City. “Since the open, they have been hit pretty hard,” he said.

Wall Street’s main indexes fell more than 1.5 percent as investors worried about a potential trade war and as Facebook shares dragged down the tech sector. Oil prices have been increasingly moving in tandem with equities.

Strong demand, however, prevented oil from sliding further, said Phil Flynn, analyst at Price Futures Group in Chicago. “We keep talking about all this shale oil production, but it’s not really showing up that much in global inventories; they continue to be tight,” Flynn said.

“At the current oil price level, drilling activity – and thus output – in the US is likely to increase further,” analysts at Commerzbank said in a note.

US crude oil production has risen more than a fifth since mid-2016, to 10.38 million barrels per day (bpd).

“This week there will be ... a pricing of some geopolitical risk with the crown prince going on a visit to the United States which is likely to provide a lot of headlines against Iran and the (sanctions) deal,” Petromatrix analyst Olivier Jakob said, referring to Iran’s pact that has removed sanctions on that country in return for limits on its nuclear program.

President Donald Trump has criticized the deal frequently, raising the possibility that the United States could stop its sanctions relief.

Britain, France and Germany have proposed fresh European Union sanctions on Iran over its ballistic missiles program and its role in Syria’s war.