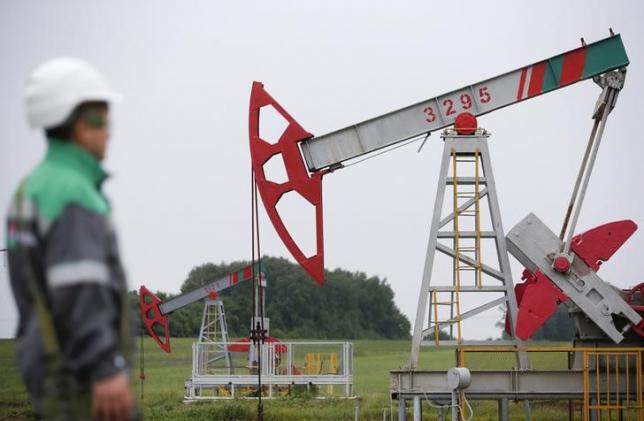 NEW YORK – Oil prices fell on Thursday, snapping a three-day rally after notching another 2016 high, as a strong dollar sparked profit-taking in crude futures by investors. Continuous threats by militants against Nigeria's oil industry and fear of more security incidents that could hit supplies worldwide, however, limited losses in crude. Brent crude oil futures LCOc1 were down 51 cents at $52 a barrel by 11:38 a.m. EDT, after setting a 2016 high of $52.86. U.S. crude's West Texas Intermediate (WTI) futures CLc1 slipped by 53 cents to $50.70, after falling more than $1 at the session low. Its session peak was $51.67, the highest for this year. Profit-taking emerged in crude as the dollar index .DXY rose half a percent, its most in three weeks, from jittery global financial markets that sent investors toward safe haven currencies. A stronger dollar makes greenback-denominated oil less attractive to holders of the euro and other currencies. "So far this looks like a modest technical correction following three days of gains, rather than a major reversal," said Tim Evans, energy futures specialist at Citi Futures in New York. But analysts also anticipate headwinds for oil in coming weeks as Canadian supplies return after last month's wildfires in Alberta's oil sands region and other oil imports grow as well to slow use in U.S. crude stockpiles. Crude futures have almost doubled since the 13-year lows of $27 for Brent and $26 for WTI in the first quarter. "Both Brent and WTI remain above the psychological $50 level, a price area that should provide several U.S. shale producers with a positive cash flow and thus motivation to begin to slowly bring some of the drilled-uncompleted wells out of inventory and closer to a producing mode," said Dominick Chirichella, senior partner at the Energy Management Institute in New York. In Canada, Baytex Energy Corp (BTE.TO) has restarted nearly all the heavy crude output it shut last year, sources said. Although Baytex' production suspension was ahead of the Alberta wildfires that brought Canadian supplies to a trickle, it was a sign that the months-long rally in oil was encouraging more North American output. In US crude stockpiles, the Cushing, Oklahoma delivery base for WTI futures saw a drop of just around 300,000 barrels in the week to June 7, versus a decline of more than 500,000 barrels the previous week, traders said, citing data from market intelligence firm Genscape. –Reuters