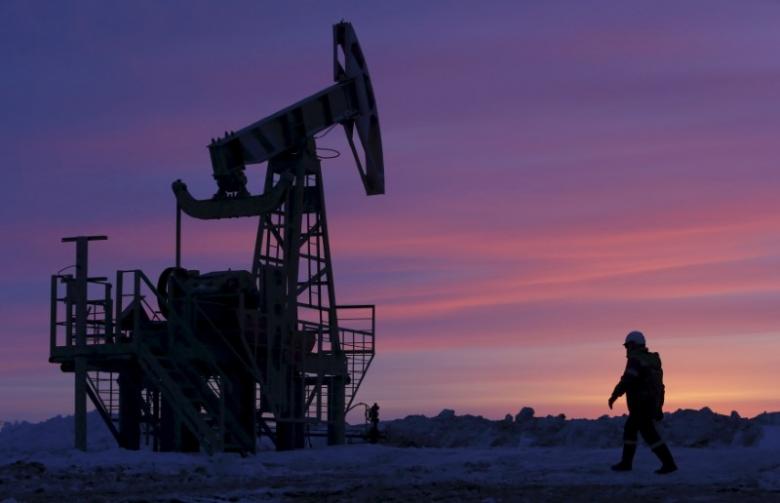 US crude oil inventories rose by 882,000 barrels in the week ending May 12 to 523.4 million, compared with analyst expectations for a decrease of 2.4 million barrels, data from industry group the American Petroleum Institute (API) showed on Tuesday.

The fall in prices came just days after Saudi Arabia and Russia said on Monday that they agreed the need for a 1.8 million barrels per day (bpd) crude supply cut by the Organization of the Petroleum Exporting Countries (OPEC) and some other producers including Russia to be extended for nine months, until the end of March 2018.

"The vulnerability of OPEC's ... rhetoric was starkly revealed ... with both Brent and WTI falling ... as the US API crude inventories showed an unexpected increase," said Jeffrey Halley, senior market analyst at futures brokerage OANDA in Singapore.

The extension of the supply cuts, which started in January and were supposed to end in June, is seen as necessary by some as they have not so far significantly tightened the market or propped up prices.

The International Energy Agency (IEA) said on Tuesday that commercial oil inventories in industrialized countries rose by 24.1 million barrels in the first quarter of the year, a time during which the OPEC-led production cut was already in place.

"The agreement by OPEC to extend cuts into 2018 is critical," said AB Bernstein in a note.

Adding to concerns of ongoing supply increases, a report said North Sea oil production, which has long been seen as in terminal decline, is expected to jump by a net 400,000 bpd, or about a fifth of total output, in the next two years as producers improve operational efficiency.

This adds to a relentless rise in US production, which has jumped by more than 10 percent since mid-2016 to 9.3 million bpd, not far off top producers Russia and Saudi Arabia.

Despite this, Bernstein said the OPEC-led cuts would "lead to accelerated inventory drawdowns in 2H17," although it added that a "return to normalized inventories will ... drag into 2018." -Reuters