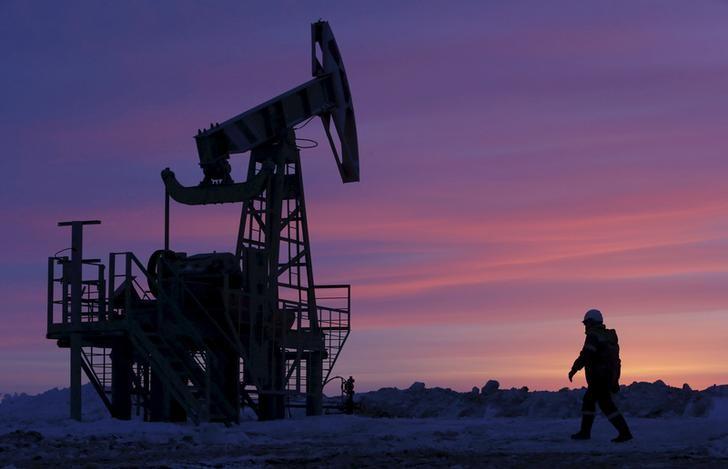 LONDON – Oil prices edged up on Wednesday, supported by record Indian crude imports and talks between OPEC producers and other oil exporters on curbing output to end a glut in the global market.
Global benchmark oil futures, the Brent and U.S. West Texas Intermediate (WTI) contracts, have both risen more than 10 percent since the end of September on prospects major crude producers would freeze or cut production to stem an oversupply in the market. However, doubts remain as to the intentions of major suppliers such as Saudi Arabia and Iran and the effectiveness of any agreement in reining in output from record highs. Brent crude futures LCOc1 were up 26 cents at $52.67 a barrel by 1115 GMT. U.S. West Texas Intermediate (WTI) crude futures CLc1 rose 23 cents to $51.02 a barrel. Traders in Asia said oil prices were boosted by record Indian oil imports, which rose 4.4 percent in September from the previous month to a record high 4.47 million barrels per day (bpd) and surged 17.7 percent from a year ago. The prospect of countries from the Organisation of the Petroleum Exporting Countries (OPEC) and non-OPEC members such as Russia coordinating a production curb will support prices above the $50 mark, market participants have said since an initial agreement was struck at the end of last month. Government officials from major oil producers, including Russia, are meeting in Istanbul this week to try to lay out more details of production cuts ahead of an official OPEC meeting in November. Still, analysts cautioned that a deal might fall through especially as Russia's participation remained uncertain. "Lots of questions to answer and noises coming from the parties involved can be contradictory. Volatility is all but guaranteed," analysts at PVM said in a note. Much would depend on the timing of any cut, said Alan Gelder, vice president for refining, chemicals and oil markets at Wood Mackenzie, which could deter participation. "Timing is key for Russia to provide non-OPEC support to re-balancing the oil market, as September was, momentarily, at unprecedented production levels. The production reference (month) could require (Russian state oil producer) Rosneft to curb its current drilling programme, which is contrary to the interests of its private shareholders," he said. OPEC's monthly report, which was released on Wednesday, implied the oil market would see an average surplus of 800,000 bpd next year, up from 760,000 bpd, led primarily by a rise in output from countries outside the cartel. [OPEC/M] Oil has rallied more than 13 percent in less than two weeks since OPEC proposed the first production curbs in eight years. But prices remain at about half of mid-2014 highs above $100 a barrel as questions remain over when the market will return to balance. Goldman Sachs added its doubts on Tuesday, saying in a note that the planned oil output cut by OPEC and other exporters has become a "greater possibility". But it warned a production cut probably won't be deep enough to re-balance markets in 2017, and that oil prices may fall back into the low $40s per barrel. –Reuters