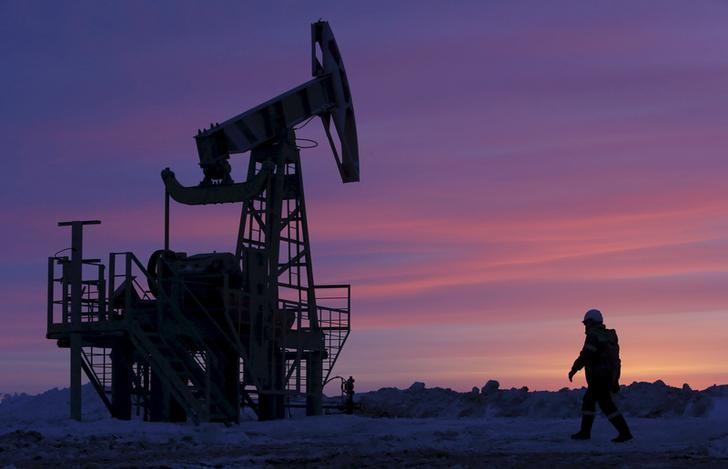 LONDON – Oil prices rose more than 1.5 percent on Thursday after U.S. industry data showed a large drawdown in crude stocks, reflecting the impact of an Atlantic storm.
US crude stocks fell by 12.1 million barrels last week, data from the American Petroleum Institute showed after the market settled on Wednesday, compared with expectations for an increase of about 200,000 barrels. [API/S] Benchmark Brent crude oil was up 65 cents a barrel at $48.63 by 1220 GMT, after settling up 72 cents on Wednesday. U.S. light crude was up 75 cents at $46.25, having ended the previous session up 67 cents. Stocks of U.S. crude have been at record highs in the past two years, thanks partly to an output-boosting shale oil boom. But Tropical Storm Hermine, which threatened the Gulf Coast refining region last week before moving to the East Coast of the United States, led to the loss of some U.S. oil production and limited imports. The U.S. government said on Aug. 29 that 11.5 percent of Gulf of Mexico output was shut in as a precautionary measure. "The big crude draw was a temporary move," said Tamas Varga, analyst at London brokerage PVM Oil Associates. "The big picture is bearish. The API stats are only a road bump on the way down." Oil was also buoyed by robust trade data from China, which showed its crude imports in August surged by nearly a quarter from a year ago to the second-highest amount ever, driven by independent refiners rushing to cash in on low oil prices before import quotas expire in December. Oil hit a one-week high on Monday after Russia and Saudi Arabia agreed to cooperate on stabilising the oil market. Prices have since fallen because of uncertainty over the chances of an output freeze being agreed by producer nations, particularly after an April meeting in Doha failed to reach an agreement. The Organization of the Petroleum Exporting Countries and non-OPEC producers such as Russia are expected to discuss the issue at informal talks in Algeria from Sept. 26-28. Many analysts expect oil prices to decline ahead of the OPEC meeting because they see world markets as well supplied. "We are at the top end of the recent price range at the moment and will move towards the lower end," said Carsten Fritsch, senior analyst at Commerzbank in Frankfurt. –Reuters