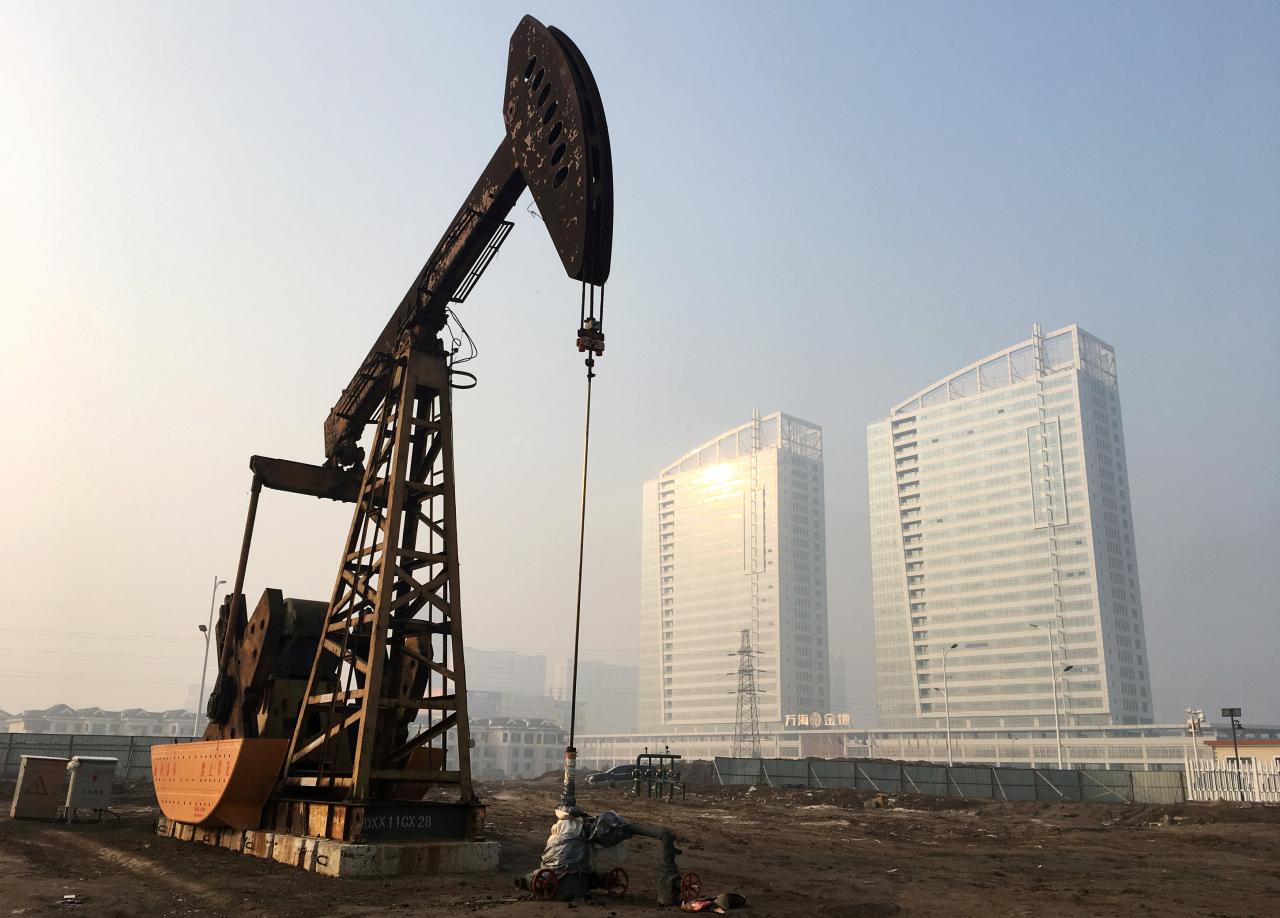 TOKYO (Reuters) - Oil dropped on Thursday to extend big losses from the previous session as global stock markets suffered a rout, with crude prices also taking a hit from a weekly industry report showing US crude inventories had risen more than expected. Supply worries also eased as Hurricane Michael likely spared oil assets from significant damage as it smashed into Florida, even as it caused injuries and widespread destruction. Brent crude LCOc1 futures were down 66 cents, or 0.8 percent, at $82.43 a barrel by 0024 GMT. The global oil benchmark closed 2.2 percent lower after falling to a nearly two-week low. US West Texas Intermediate (WTI) crude CLc1 futures were down 57 cents, or 0.8 percent, at $72.60 after dropping 2.4 percent in the previous session. Stocks on major world markets slid to a three-month low with the benchmark S&P500 stock index falling more than 3 percent, its biggest one-day fall since February. Technology shares tumbled on fears of slowing demand and concerns about US-China tensions. Japan's Nikkei 225  was down 3 percent in early trading on Thursday. “Ugly, very very ugly,” Greg McKenna an independent market strategist based near Sydney said in a morning note, referring to declines in global markets. US crude stockpiles rose more than expected last week, while gasoline inventories increased and distillate stocks drew, industry group the American Petroleum Institute said . Crude inventories climbed by 9.7 million barrels in the week to Oct. 5 to 410.7 million, compared with analyst expectations for an increase of 2.6 million barrels. Crude stocks at the Cushing, Oklahoma, delivery hub rose by 2.2 million barrels, API said. The US Energy Information Administration (EIA) is due to release official government inventory data Thursday at 11 a.m. EDT. In the US Gulf of Mexico, producers have cut daily oil production by roughly 42 percent due to the storm, the Bureau of Safety and Environmental Enforcement said. The cuts represent 718,877 barrels per day of oil production. While production has been cut because of the hurricane, “down time is expected to be brief and Gulf of Mexico output now accounts for a comparatively small portion of total US production,” Jim Ritterbusch, president of Ritterbusch and Associates, said in a note. US oil output is expected to rise 1.39 million bpd to a record 10.74 million bpd, the EIA said in its monthly forecast .