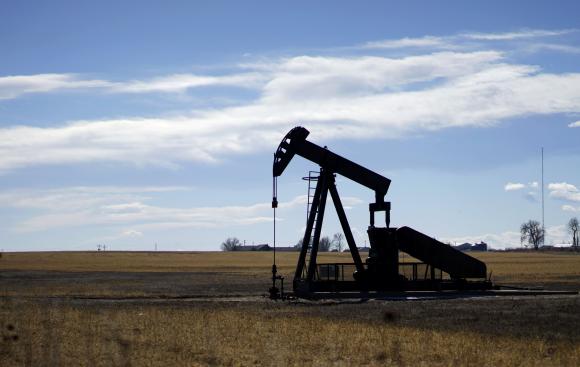 (Reuters) - Crude oil prices rose as much as $1 on Friday, continuing a rebound from near six-year lows plumbed last week, but rising global inventories and steady OPEC supply will likely cap gains. Crude prices closed more than 4-percent higher on Thursday as conflict in producer Libyaand an expected boost in oil demand following China's central bank easing helped the market rebound. Benchmark Brent crude futures were 41 cents higher at $56.98 a barrel by 0351 GMT, after closing up $2.41 on Thursday. US crude for March delivery was up 58 cents at $51.06, after trading as much a $1 higher earlier in the session. The contract had finished up $2.03 the previous day. "There are signs of rejuvenation in short-term physical demand ... although not sufficient to make a meaningful dent to the supply overhang," National Australia Bank analyst Vyanne Lai said in a note. Growing numbers of OPEC delegates say they expect no rapid recovery in oil prices, even as the market shows signs of a tentative rally from near six-year lows. Top OPEC producer Saudi Arabia late Thursday cut its monthly oil prices for Asian buyers to the lowest level in at least 12 years. The move is viewed as an attempt to maintain market share in its key market by offering competitive prices and forcing higher-cost producers to curb supply. Oil prices fell by one-third to below $50 a barrel following a decision by OPEC in November not to cut output despite a global glut. US non-farm payrolls figures due later Friday will provide clues on economic growth in the world's biggest oil consumer. On Thursday, encouraging jobless claims data in the United States boosted sentiment in oil and equity markets. A US refinery strike at nine plants accounting for 10 percent of the country's refining capacity would extend into its sixth day, after union leaders rejected the latest contract offer from lead negotiator Royal Dutch Shell Plc.