Oil falls as rising US inventories continue to weigh 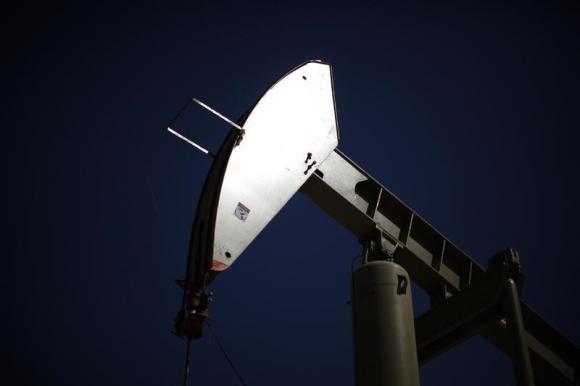 Oil falls as rising US inventories continue to weigh

NEW YORK (Reuters) - Crude oil futures fell on Thursday, as rising inventories in the United States pressured both Brent and US contracts and countered expectations for recovering demand. Brent losses were tempered by those expectations for improving global demand and geopolitical concerns about energy supplies from Libya and Russia. Brent April crude LCOc1 was down 65 cents at $60.98 at 12:19 EST, off a $62.63 intraday peak. On Wednesday, Brent surged 5 percent. US April crude CLc1 was down $1.64 at $49.35, following a gain of more than 3 percent the previous session. Brent's premium to US crude increased to $12.06 intraday on Thursday, the widest since January 2014. Helping limit Brent losses and boosting its premium to US crude was the growing number of OPEC officials making cautiously hopeful comments on the outlook for demand for petroleum. Both crude contracts rallied on Wednesday, boosted by Saudi oil minister Ali al-Naimi saying demand was growing. Earlier in the week a Gulf OPEC delegate predicted stronger demand growth in the second half of 2015. Brent prices collapsed after hitting $115 in June 2014 on global oversupply and OPEC's subsequent decision to defend market share against rival producers rather than cut output. Brent has rallied more than 35 percent from a near six-year low of $45.19 in January, supported by signs that lower prices are starting to reduce investment in production in the United States and other non-OPEC countries. Adding to support for Brent this week was President Vladimir Putin's warning on Wednesday that Russia would halt natural gas supplies to Ukraine if it did not receive advance payment, raising the possibility of deliveries to Europe being disrupted for the fourth time in a decade. Turmoil in embattled Libya has kept production and exports from the OPEC-member nation uncertain, adding lift to Brent. "The Brent market is much more reactive to an almost daily dose of geopolitical headlines that are demanding at least some element of risk premium," Jim Ritterbusch, president at Ritterbusch & Associates, said in a research note. Meanwhile, US crude inventories continue to grow, adding another 8.4 million barrels to storage last week, according to government data. At the same time refinery capacity use fell as refiners do maintenance, helping the deficit of US April to May crude CLc1-CLc2 increase to more than $2 a barrel.