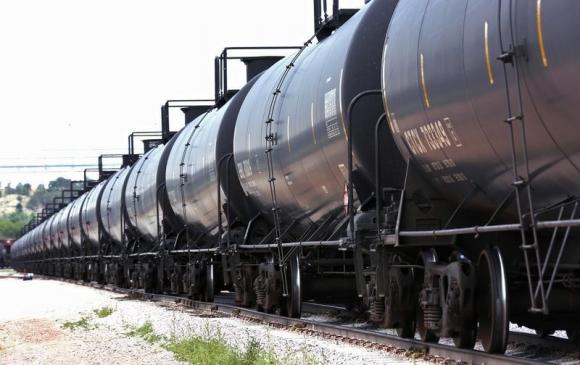 TOKYO/SINGAPORE (Reuters) - Oil prices tumbled on Thursday as U.S. inventories were expected to hit record highs, while a possible rise in Saudi output could stoke oversupply built up in the past few months. U.S. crude for March delivery dropped over 3 percent to a session low of $50.64 a barrel, down almost $2 from Wednesday's settlement, after data showed a surprisingly sharp build in U.S. crude inventories. The contract was trading down around $1.50 at $50.64 by 0308 GMT (10.08 a.m. EST). International Brent crude futures for April fell back below $60 a barrel, trading at $59.54 a barrel, down 99 cents from its last settlement. "Crude oil prices declined on concerns that the recent rally is overdone amid a continuing supply glut. The price rise of 34 percent since mid-Jan has largely been fueled by cuts to capital spending and falling U.S. rig counts, which have yet to result in a fall in near-term production," ANZ bank said on Thursday. U.S. crude stocks rose by 14.3 million barrels last week, data by industry group the American Petroleum Institute showed after Wednesday's settlement, compared with analyst expectations of an increase of 3.2 million barrels. [API/S] If the build is confirmed by U.S. Energy Information Administration data due at 1600 GMT, it will be the largest weekly growth since EIA data became available in 1982. Oversupply could still worsen before a more balanced market is established, as the U.S. rig cut will only translate into actual lower American output later this year. Meanwhile, production from the world's biggest exporter - Saudi Arabia - may be increasing further. "In discussions with Saudi customers and after reviewing recent U.S. refiner earnings calls, it is becoming clear that production from Saudi Arabia is rising," PIRA Energy said in a note. "Saudi production had been averaging around 9.7 million barrels per day since last June but ... demand has pushed output to just under, if not above, 10 (million)," it added. On the demand side, crude imports by Japan fell 7.2 percent last month from a year earlier while its exports jumped, lifting Asia's No.2 2 economy out of recession. Trading was quiet in Asian hours as markets in China, Singapore and some other nations are closed for the Lunar New Year holidays.