Oil falls towards $44, lowest since May, on glut worries 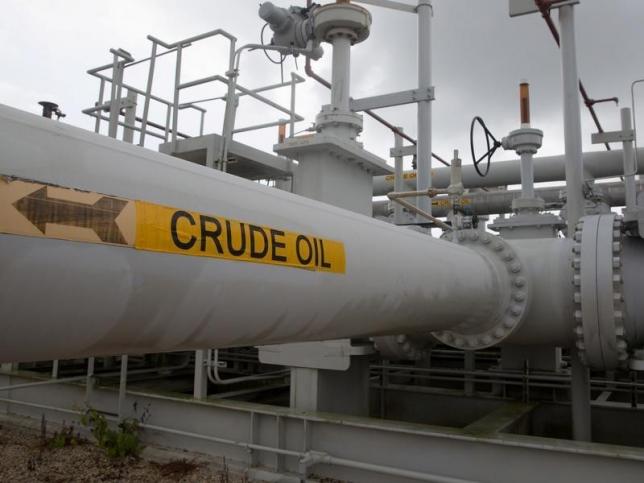 Oil falls towards $44, lowest since May, on glut worries

LONDON – Oil on Tuesday hit its lowest since May, falling towards $44 a barrel, pressured by concerns that a long-awaited rebalancing of the market would be delayed due to excess supply. Brent crude is still up more than 60 percent from a 12-year low near $27 in January, but the rally has petered out on signs that the supply glut will persist and as economic jitters raised concern about the strength of oil demand. Global benchmark Brent LCOc1 was trading at $44.27 a barrel at 1151 GMT, down 45 cents. It fell to $44.25 intraday, the lowest since May 10. U.S. crude CLc1 was down 60 cents at $42.53, having fallen to its lowest since April earlier. "Right now, there is not much to be optimistic about," said Olivier Jakob, oil analyst at Petromatrix, citing weak refining margins that will probably weigh on crude demand. "We have to wait a little bit longer for the rebalancing." Britain's BP (BP.L), the first oil major to report second-quarter results, on Tuesday reported lower-than-expected profit and said its refining margins were the weakest for a second quarter in six years. Record crude output from the Organization of the Petroleum Exporting Countries, a glut of refined products and signs of more drilling activity in the United States in the face of low oil prices have added to concern about excess supply. U.S. drillers added oil rigs for a fourth consecutive week. The decline in U.S. output has been key to balancing a market weighed by excess supply for two years. BP Chief Executive Bob Dudley was upbeat on the oil price outlook, saying the market would start to recover towards the end of the year and into 2017, although excess inventories would take longer to get rid of. "We do see the market coming into balance, it may already be there," he told Reuters. "There's a lot of stocks. It will take some time to work its way off, 18 months or so." Also dampening sentiment, many traders are reducing their bets on rising prices. Hedge funds and other money managers cut their net long position - bets on rising prices - in Brent and U.S. crude futures and options by 31 million barrels to 453 million in the week ending on July 19. U.S. inventory reports from industry group the American Petroleum Institute and the U.S. Department of Energy due this week are expected by analysts to show a fall in crude stocks but a rise in gasoline supplies. [EIA/S] The first of these reports, from the API, is due at 4:30 p.m. EDT (2030 GMT). –Reuters