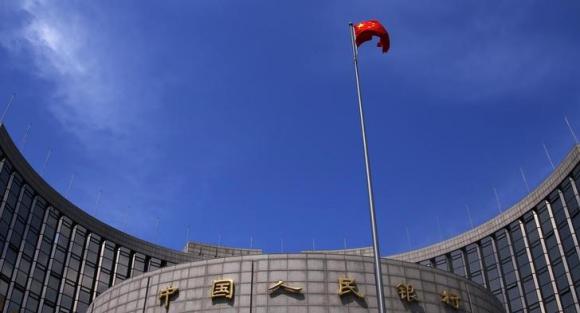 SINGAPORE - Asian central banks are running their own race on monetary policy for the first time in decades, cutting interest rates with a breezy confidence that is absent from other big emerging markets, thanks largely to weak oil prices. As recently as 2013, when the U.S. Federal Reserve hinted that it would start tapering its loose money policy, which would typically suck capital out of emerging markets and into dollar assets, Asian central banks rushed to raise rates to keep hold of that money. But now, even with a U.S. rate rise looming, central banks in the region, including those in Singapore, China, India and Indonesia, have on eight occasions this year announced unexpected easing measures. Thailand and South Korea joined in with surprise rate cuts this week, and most of the central banks, including China's, have also been either guiding or permitting theircurrencies to trade lower. By contrast, many other emerging markets, such as Russia, Brazil, Mexico, Turkey and South Africa, have been constrained by high levels of debt, or tumbling currencies, high inflation or plummeting revenues from resources - plus the risk or reality of capital flight. "It's incredible, and it is at complete odds with 2013, when we had the 'taper tantrum' and everybody in Asia was scrambling to hike rates," said Claudio Piron, co-head of currency and rates strategy at BofA Merrill Lynch in Singapore. "What we are witnessing ... is a fundamental divergence with the monetary angle that the United States has played, and this is an unproven experiment." Bank governors from Korea and the Philippines have gone on record saying they don't expect to fall back in sync when the Fed does start tightening. It might be uncharted territory, but the steady steer is guided by strong disinflationary pressures, chiefly a halving in the oil price since last summer, along with weak global demand and slowing domestic growth. The rate cuts are also being driven by specific domestic political factors, said Cliff Tan, head of east Asian markets research at MUFG in Hong Kong. "It's possible we could end up involuntarily in a race to the bottom, and it's a sign of global monetary policy being as uncoordinated as anything I have seen in three decades," he added. Piron also points to improving current account balances, particularly in the higher-risk countries such as India and Indonesia, in part due to the collapse in the cost of oil imports, on which the region heavily depends. The European Central Bank and Bank of Japan are also still easing policy, pumping out cash that could offset outflows into dollar assets. And weaker second-tier currencies will help Asia deal with slowing exports and the broad decline in major currencies such as the euro, yen and Australian dollar. Analysts expect more of the same. Credit Suisse economist Santitarn Sathirathai said further monetary easing is likely inChina, India, Indonesia and Singapore, while Piron expects policymakers to keep the lid oncurrencies. "The last thing the Bank of Thailand or Bank of Korea want is an appreciation of the currency that undoes what benefit they can get from a rate cut," he said.