Oil may rise to $55 if all producers cooperate - Iran 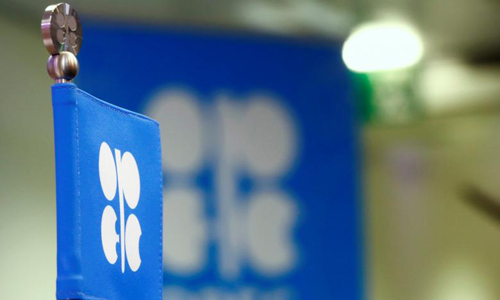 Oil may rise to $55 if all producers cooperate - Iran

TEHRAN- Iranian Oil Minister Bijan Zanganeh expressed optimism on Saturday about an upcoming OPEC meeting and said crude prices could jump to $55 (44.56 pounds) a barrel if an agreement is reached and non-OPEC producers cooperate. "We are receiving positive signals that increase the likelihood of agreement at the meeting ... and I'm optimistic about the situation," Zanganeh told state television by telephone, after meeting OPEC Secretary-General Mohammed Barkindo in Tehran ahead of the Nov. 30 meeting. "I think if we can reach an agreement, God willing, the price would rapidly reach above $50 per barrel ... If non-OPEC (producers) also cooperate, I don't think $55 per barrel would be out of reach." Benchmark Brent crude LCOc1 rose by 37 cents to $46.86 per barrel on Friday. Asked about an OPEC proposal for an output cap of 3.92 million barrels per day for Iran, Zanganeh said: "We have not reached any agreement. We have expressed our views and we look forward to explaining them." The Organization of the Petroleum Exporting Countries is moving closer towards finalising its first deal since 2008 to limit oil output, with most members prepared to offer Iran significant flexibility on production volumes, ministers and sources said on Friday. [USKBN13D140] Iran has been the main stumbling block for such a deal because Tehran wants exemptions as it tries to regain oil market share after the easing of Western sanctions in January. -Reuters