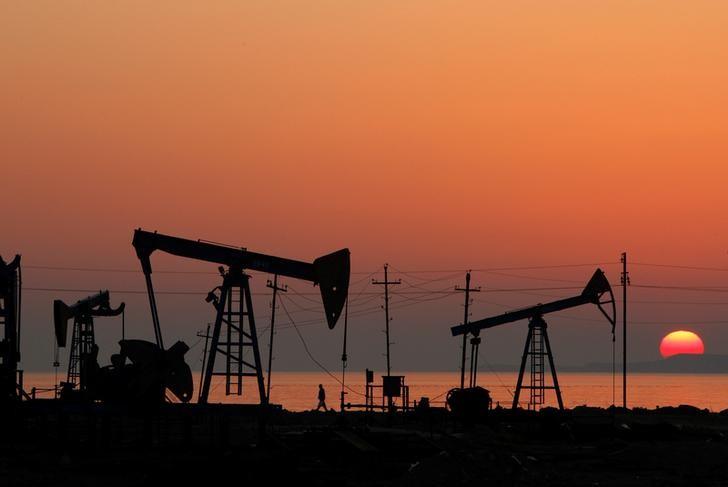 SINGAPORE - Oil prices rose on Tuesday, extending gains after a joint announcement by top producers Saudi Arabia and Russia to push for an extension of supply cuts until the end of March 2018.

In order to rein in a glut, Saudi Arabia and Russia said on Monday that they agreed the need for a 1.8 million barrels per day (bpd) crude supply cut to be extended for nine months, until the end of March 2018.

However, there is no final deal yet despite the pledge by Saudi Arabia - the world's top exporter and de-facto leader of the Organization of the Petroleum Exporting Countries (OPEC) - and top producer Russia, as the 12 remaining OPEC members and other producers participating in the cuts have to agree to the extension during a meeting on May 25.

"The pressure is now on officials to deliver on these pledges," said James Woods, global investment analyst at Australia's Rivkin Securities.

"As we have seen over the past six months, rising US production and record inventories have kept upside limited and a nine month extension at this stage is unlikely to break that," he said.

US bank Goldman Sachs said the deal "will likely further extend the oil price rebound... although the rally so far... has remained modest compared to the move that occurred last year when the OPEC cuts were first announced."

Goldman said that beyond the ongoing rise in US oil production, which is up over 10 percent since mid-2016 to 9.3 million bpd, there was also an increase in output from within OPEC by members who were exempt from the cuts, or where forceful disruptions had ended, including Libya and Nigeria.

The bank said that "these combined volumes could largely offset the benefit of the extended cuts." Goldman retained its average Brent price forecast for the third quarter of 2017 steady at $57 per barrel. -Reuters