Oil prices climb on OPEC-led cuts, but off session highs 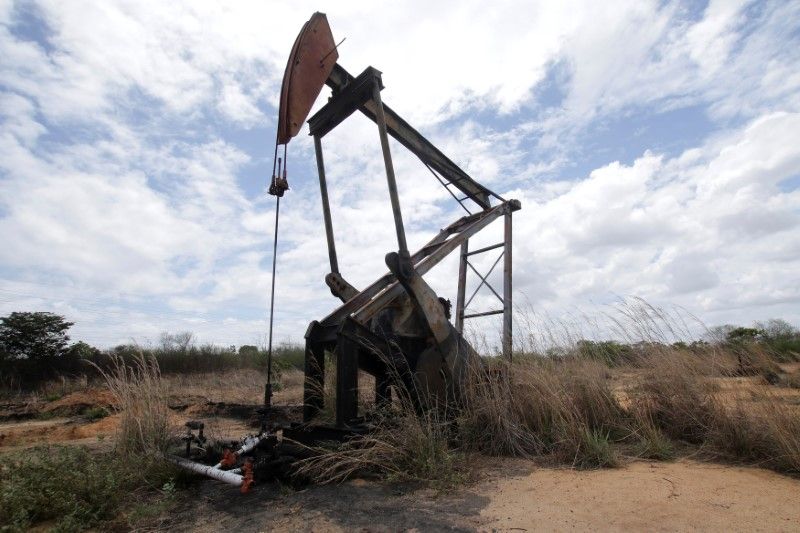 Oil prices climb on OPEC-led cuts, but off session highs

NEW YORK (Reuters) - Oil prices ended more than 2 percent higher after OPEC members and allies like Russia agreed to reduce output to drain global fuel inventories and support the market, but the gains were capped by concerns that the cuts would not offset growing production. The Organisation of the Petroleum Exporting Countries and its Russia-led allies, referred to as “OPEC+,” agreed to slash production by a combined 1.2 million barrels per day next year in a move to be reviewed at a meeting in April. This was larger than the minimum 1 million bpd that the market had expected, despite pressure from US President Donald Trump to reduce the price of crude. OPEC will curb output by 800,000 bpd from January while non-OPEC allies contribute an additional 400,000 bpd of cuts, Iraqi Oil Minister Thamer Ghadhban said after the organisation concluded two days of talks in Vienna. The deal had hung in the balance for two days - first on fears that Russia would cut too little, and later on concerns that Iran, whose crude exports have been depleted by US sanctions, would receive no exemption and block the agreement. But after hours of talks, Iran gave OPEC the green light and Russia said it was ready to cut more. Russia gave a commitment to reduce output by 228,000 bpd from October levels of 11.4 million bpd, though it said the cuts would be gradual and take place over several months. “Without cuts there would have been extreme downward pressure on the market,” said John Paisie, executive vice president at Stratas Advisors, a consultancy. “I think the Saudis tried to walk a tightrope: they want to make sure they maintain their relationship with the US, but they also need to make some cuts because they need a higher oil price to balance their budget.” Brent crude LCOc1 rose $1.61, or 2.7 percent, to settle at $61.67 a barrel. In early trading, the global benchmark had dropped below $60 when it looked as if the oil exporters might leave output targets unchanged. It then rallied to a session high of $63.73 on news of the agreement, before pulling back late in the session. US crude CLc1 rose $1.12, or 2.2 percent, to $52.61 a barrel, after earlier reaching a session high of $54.22. US crude was up 3 percent on the week and Brent was 4.8 percent higher. Oil prices have plunged 30 percent since October as supply has surged and global demand growth has weakened. While the announcement of the cuts initially sent prices higher, some of the enthusiasm cooled, on fears that the cut would not absorb new output coming online in the United States that has made it the word’s top producer. A 1.2 million-bpd cut, if implemented fully, “should be enough to largely attenuate, but not eliminate, expected implied global inventory builds in the first half of next year,” Harry Tchilinguirian, global oil strategist at BNP Paribas in London told the Reuters Global Oil Forum. Given supply due to come online, some analysts and market participants said the cut may not be sufficient to end oil’s rout. “Relative to how big this looming supply tsunami is, it is not nearly enough to prevent big inventory builds next year,” said Robert McNally, president of Rapidan Energy Group in Washington. “President Trump and President Putin prevented OPEC+ from cutting by more, which was certainly needed to put a sturdy floor under prices. They are putting a fuzzy floor under prices.” Trump has asked OPEC to keep prices low, pleading with the Saudis in twitter messages. Russia had initially balked at cutting production alongside OPEC. Output from the world’s biggest producers - OPEC, Russia and the United States - has increased by 3.3 million bpd since the end of 2017 to 56.38 million bpd, meeting almost 60 percent of global consumption. PRODN-TOTAL C-RU-OUT C-OUT-T-EIA The surge is mainly due to soaring US oil production C-OUT-T-EIA, which has jumped by 2.5 million bpd since early 2016 to a record 11.7 million bpd. US drillers this week cut oil rigs by the most in over two years, after adding rigs in recent weeks, General Electric Co’s Baker Hughes energy services firm said in its closely followed report. The rig count, an indicator of future production, fell by 10 oil rigs in the week to Dec. 7, the biggest weekly decline since May 2016. Still, at 877, the count was higher than a year ago when 751 rigs were active.