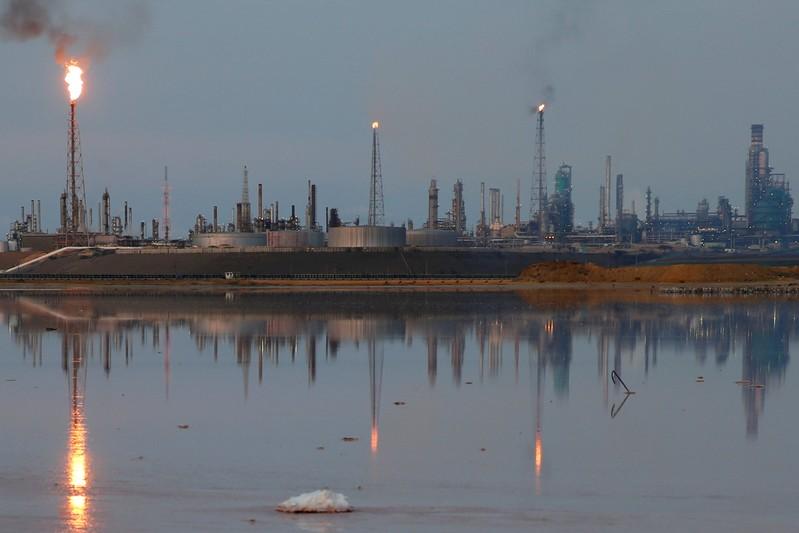 SINGAPORE (Reuters) - Oil prices dipped on Thursday, after sharp gains in the previous session, weighed down by a surprise increase in US crude oil inventories and expectations that OPEC and other producers could decide to increase output at a meeting in June. The overnight increase came despite the possibility of rising supplies from OPEC and Russia, and some analysts see market fundamentals as supportive. “Though crude oil has receded significantly in the charts, market fundamentals remain supportive as robust global demand and declining stockpiles bolster prices upwards,” Benjamin Lu, commodities analyst at Singapore-based broker Phillip Futures, said in a note. Brent crude LCOc1 was down 19 cents at $77.31 per barrel at 0508 GMT, after settling the last session up 2.8 percent. US West Texas Intermediate crude CLc1 was down 4 cents at $68.17 a barrel. In the previous session, it settled up $1.48, or 2.2 percent, at $68.21 per barrel. Global inventories have been broadly falling, but US crude stockpiles rose by 1 million barrels in the week to May 25 to 434.9 million barrels, according to data from industry group the American Petroleum Institute (API). That beat analyst expectations for a decrease of 525,000 barrels. Data from the Energy Information Administration is due at 11 a.m. EDT (1500 GMT) on Thursday, a day later than usual due to a US public holiday on Monday. A possible output increase by the Organization of Petroleum Exporting Countries (OPEC) and non-OPEC members including Russia has been in focus. Saudi Arabia, de facto leader of OPEC, and Russia have discussed boosting output by some 1 million barrels per day (bpd). OPEC and some non-OPEC producers have committed to curbing their output by about 1.8 million bpd until the end of 2018, but they will meet in Vienna on June 22 to discuss whether their commitment should remain unchanged. “With the OPEC meeting still another three weeks away, oil prices are likely to remain sensitive to headlines,” ANZ bank said in a note. A Gulf source familiar with the thinking of Saudi Arabia said OPEC and its allies aim to continue their agreement to cut oil output through the end of the year, but they are ready to make adjustments to offset any supply shortfall. “We expect for oil prices to stand tall in the current week as OPEC ‘talk prices up’ before the Vienna meet,” said Lu of Phillip Futures. In Asia, Shanghai September crude oil futures ISCc1 rose 2.2 percent by the midday break on Thursday, with open interest rising to a record on a weaker yuan and the rally in Brent and WTI overnight.