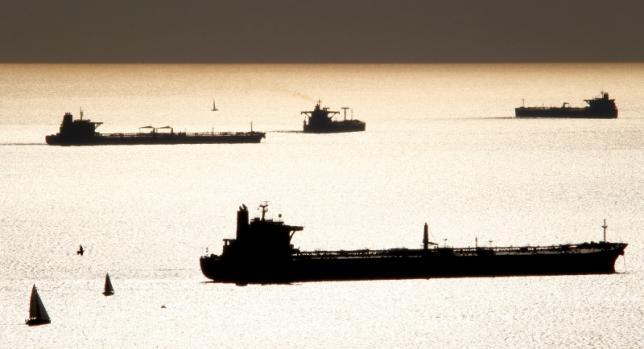 SINGAPORE/TOKYO - Oil prices held near two-month lows on Monday amid worries that a global crude and refined product glut would weigh on markets for some time to come. International Brent crude oil futures LCOc1 were trading at $45.59 per barrel at 0424 GMT, down 10 cents from their previous close. US West Texas Intermediate (WTI) crude CLc1 was at $44.09, also down 10 cents a barrel. Both benchmarks were close to two-month lows reached last week. Traders said that ongoing oversupply and growing economic headwinds were weighing on oil. "Headwinds (are) growing for 2H16, hence our bearish oil bias," Morgan Stanley said on Monday in a note to clients, pointing to resilient US supply, falling demand for transport fuels, and oversupply by refiners, particularly in gasoline. "As a result, crude oil demand from refineries is underperforming product demand by a wide margin," the US bank said, adding that growing economic risks added to downside risks for oil. A strong dollar and a fourth weekly rise in the US oil rig count also weighed on prices, traders said. Money managers cut their net long US crude futures and options positions, which would profit from rising prices, to a four-month low in the week to July 19, the US Commodity Futures Trading Commission said on Friday. Libya's hopes to boost crude exports have been dealt a blow after the head of the National Oil Corporation (NOC) objected to a deal between the government and local guards to reopen key ports. -Reuters