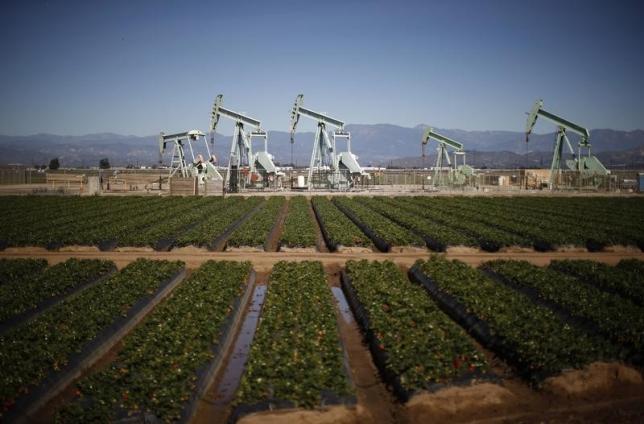 SINGAPORE - Oil prices extended declines on Wednesday as Middle East tension eased after Saudi Arabia ended a military campaign in Yemen, while industry data showed that a larger-than-expected build in US oil inventories. Saudi Arabia announced on Tuesday it was ending a month-long campaign of air strikes against the Houthi rebels who seized large areas of Yemen, easing geopolitical tension in the key oil producing region. Oil prices have risen nearly $10 a barrel so far this month, on tension in the Middle East and concerns over slowing output growth in the United States. Prices could weaken again but they are unlikely to plumb new depths this year, leading commodity traders said on Tuesday, citing strengthening demand. "We will probably see one more dip in the second quarter but prices probably won't go below this year's lows," Ian Taylor, head of the world's largest oil trader, Vitol VITOLV.UL, said. Brent crude for June delivery LCOc1 was down 28 cents at $61.82 a barrel by 9.42 p.m. EDT, after settling $1.27 lower. US crude for June delivery CLc1 was 38 cents lower at $56.22 a barrel. The May contract, which expired on Tuesday, ended down $1.12. "Short-term momentum is starting to swing against commodities," analysts at ANZ said in a note, noting that Brent has failed to hold and retreated from key levels around $62-$63 a barrel in recent days. US crude oil storage has reached the highest levels since 2011, with tanks in the Cushing, Oklahoma hub running nearly 80 percent full, according to energy markets intelligence firm Genscape. A Reuters survey showed US crude inventories likely rose for the 15th straight week, adding nearly 3 million barrels last week, less than a reading by industry group American Petroleum Institute showing a stock build of 5.5 million barrels.