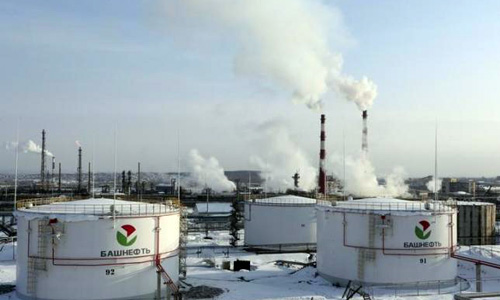 SINGAPORE - Oil prices edged lower in early trading in Asia on Friday as traders estimated that the threat of a disruption to world crude supplies from Saudi Arabia-led air strikes in Yemen was low. Goldman Sachs (GS.N) said in an overnight note that the strikes in Yemen would have little effect on oil supplies as the country was only a small crude exporter and tankers could avoid passing its waters to reach their ports of destination. Internationally traded Brent crude futures LCOc1 were trading at $58.88 a barrel at 0121 GMT, down 31 cents from their last settlement. US crude CLc1 was down 40 cents at $51.03 a barrel. Prices soared as much as 6 percent the previous day after a Saudi-led coalition of Arab nations began strikes on Shi'ite Houthis and allied army units who have taken over much of Yemen and seek to oust President Abd-Rabbu Mansour Hadi. "While Yemen is a small producer (145,000 barrels per day in 2014), the price rally is driven by fears of potential escalation and the proximity of the Bab el-Mandeb strait," Goldman said. Closure of the strait could impact 3.8 million barrels a day of crude and product flows, but the bank said tankers could be diverted to travel around Africa instead of passing Yemen. Goldman also noted that any nuclear deal with Iran was unlikely to lead to higher Iranian oil exports before the second half of the year. - REUTERS