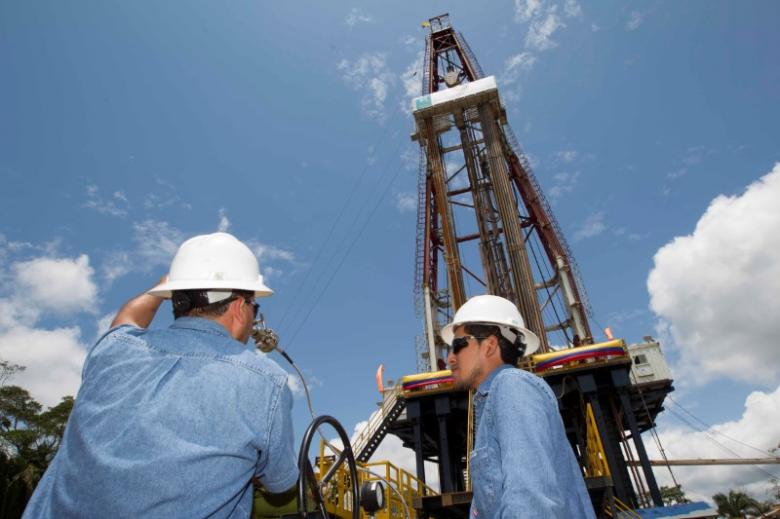 SINGAPORE - Oil prices fell on Wednesday, pulled down by a report of surging US crude inventories, rising output in Nigeria and squabbling among producers about a planned output cut, which together re-ignited concerns over a global supply glut. US West Texas Intermediate crude oil futures CLc1 were trading at $49.34 per barrel at 0012 GMT, down 62 cents, or 1.24 percent, from their last settlement. International Brent crude futures LCOc1 were down 53 cents, or 1.04 percent, at $50.26 a barrel. "Crude is on the defensive this morning following American Petroleum Institute (API) inventory numbers showing a rise of 4.8 million barrels against an expected rise of 1.7 million," said Jeffrey Halley, senior market analyst at brokerage OANDA in Singapore. Official fuel storage data by the Energy Information Administration (EIA) is due later on Wednesday. "EIA crude inventory figures will be closely watched tonight. A large jump in inventories will no doubt see crude pushed lower again," Halley said. Further stoking supply, Royal Dutch Shell (RDSa.L) has resumed crude exports from the Forcados terminal in Nigeria's restive Niger Delta following repairs after a militant attack, the Nigerian presidency said late on Tuesday. Traders said that squabbles within the Organization of the Petroleum Exporting Countries (OPEC) about a planned output cut later this year were also weighing on markets. Iraq, OPEC's second biggest oil producer, wants to be exempt from the cut, arguing it needs the revenues to fight Islamic State. Other OPEC-members, including Libya and Nigeria, are likely to be exempt from cutting production, while Iran and Venezuela and Indonesia are also unlikely to reduce output. Unless non-OPEC production giant Russia joins the effort, that leaves the onus of a potential cut with Arab producers in the Middle East like Saudi Arabia, Kuwait and the United Arab Emirates (UAE). "OPEC appears to be approaching the limits of its ability to jawbone oil higher without something concrete to put on the table," OANDA's Halley said. -Reuters