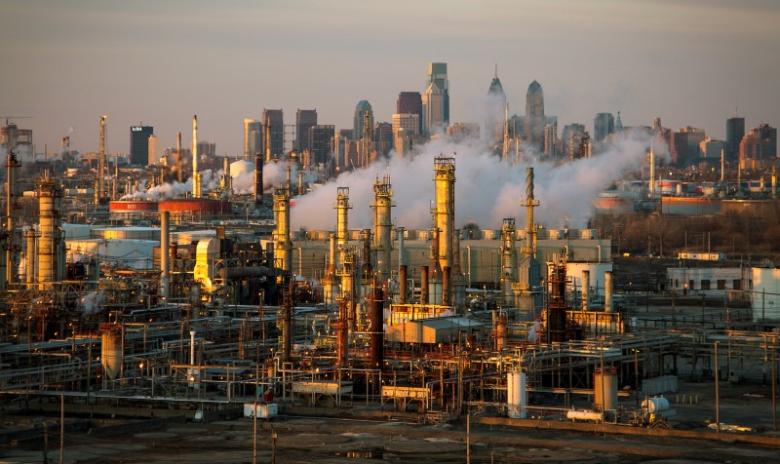 SINGAPORE - Oil prices fell on Monday over doubts that an OPEC-led plan to cut output would rein in a global oversupply that has dogged markets for over two years. Brent crude futures LCOc1 were trading at $51.46 per barrel at 0106 GMT, down 0.47 cents or 0.91 percent, from their last settlement. US West Texas Intermediate (WTI) futures CLc1 were down 49 cents or 0.98 percent, at $49.32 a barrel. The Organization of the Petroleum Exporting Countries (OPEC) plans to agree on an output cut by the time it meets in late November. The targeted range is to cut production to a range of 32.50 million barrels per day (bpd) to 33.0 million bpd. OPEC's current output PRODN-TOTAL stands at a record 33.6 million bpd. To achieve such an agreement among its members, some of which like Saudi Arabia and Iran are political rivals, OPEC officials are embarking on a flurry of meetings in the next six weeks, starting in Istanbul this week. However, ANZ bank said on Monday that prices were pulled down by a statement by Russia's energy minister, Alexander Novak, who said "he was not expecting to sign a production deal with OPEC at the World Energy Conference, which starts this week in Istanbul," although the minister did say that an agreement including non-OPEC member Russia might be possible by the time OPEC officially meets on November 30. Even if a deal is reached, analysts are unconvinced it would result in much higher prices, as doubts run high over the feasibility of a cut among rivaling members, a Reuters poll showed on Friday. Traders said prices were also under pressure from a rise in the US rig count, which implies that American producers are keen to increase production at prices around $50 per barrel. "Since its trough on May 27, 2016, producers have added 112 (+35 percent) oil rigs in the US," US bank Goldman Sachs said. Despite Monday's dip, analysts said they expected slightly higher prices for the rest of the year and into 2017. Barclays bank said that it expected "stockdraws during the upcoming winter season will support physical oil market fundamentals, irrespective of any decision in November in Vienna. We expect that prices will rise to the low $50 per barrel range in Q4." The British bank said that prices would receive support into next year in part from firm US gasoline demand. -Reuters