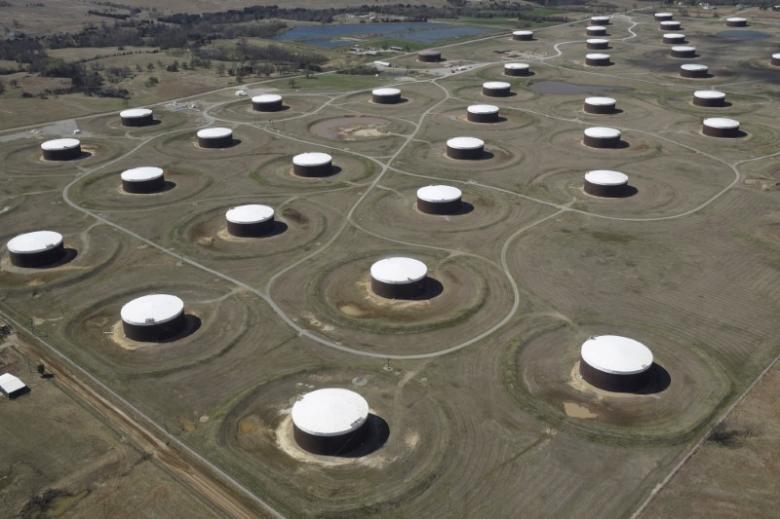 SINGAPORE - Oil prices dropped on Thursday as a hike in US interest rates drove money away from commodities and into US bonds and the dollar, but a tighter fuel market looms in 2017 due to planned production cuts led by OPEC and Russia. US West Texas Intermediate (WTI) crude oil futures were trading at $50.87 per barrel at 0235 GMT, down 17 cents from their last settlement. International Brent crude oil futures were down 7 cents at $53.83 a barrel. Those losses came on the back of declines seen late on Wednesday, when crude fell over 3 percent due to a strong dollar. The greenback shot close to 14-year highs against a basket of other currencies as the US Federal Reserve raised rates for the first time in a year. "The Federal Reserve hike ... saw bond yields rise, dealing a blow to commodities in general," said Jeffrey Halley, senior market analyst at futures brokerage OANDA in Singapore. A stronger dollar, in which oil is traded, can hit crude demand as it makes fuel purchases more expensive for countries using other currencies at home. Beyond the bearish impact from the US interest rate hike, oil prices were also dragged down by rising output from the Organization of the Petroleum Exporting Countries (OPEC). OPEC pumped 33.87 million barrels per day (bpd) last month, according to figures it collects from secondary sources, up 150,000 bpd from October, OPEC said in a monthly report. That shows the group's output has continued to rise, adding to a global glut, ahead of the January start of its first supply cut agreement since 2008. That could raise questions about its ability to comply fully with the deal. ANZ bank said on Thursday that oil markets would move into a substantial deficit in the first quarter of 2017 if OPEC and other producers go through with their announced cuts. "This will likely push oil prices well above $60 per barrel early next year," it said. Crude prices also received some support from falling US crude inventories. Data from the US Energy Information Administration (EIA) showed that commercial crude inventories last week declined by 2.56 million barrels to 483.19 million barrels. -Reuters