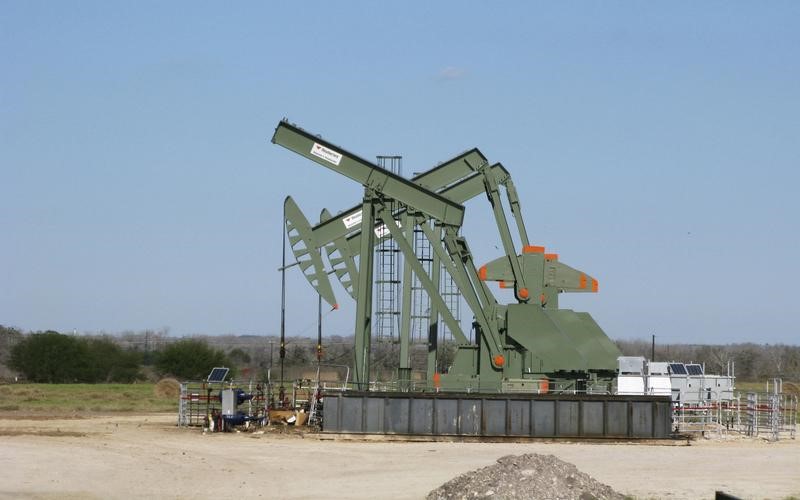 SINGAPORE (Reuters) - Oil prices fell on Monday as increased drilling in the United States pointed to more output, raising concerns about a return of oversupply.

Monday’s price falls in part reversed increases last Friday, which came on concerns over tensions in the Middle East.

On a simple supply versus demand basis, however, oil markets are facing the possibility of a renewed glut after being in a slight deficit for much of last year.

US drillers added four oil rigs in the week to March 16, bringing the total count to 800, the weekly Baker Hughes drilling report said on Friday.

The US rig count, an early indicator of future output, is much higher than a year ago as energy companies have boosted spending.

Thanks to the high drilling activity, US crude oil production C-OUT-T-EIA has risen by more than a fifth since mid-2016, to 10.38 million barrels per day (bpd), pushing it past top exporter Saudi Arabia.

Only Russia produces more, at around 11 million bpd, although US output is expected to overtake Russia’s later this year as well.

Soaring US output, as well as rising output in Canada and Brazil, is undermining efforts by the Middle East dominated Organization of the Petroleum Exporting Countries (OPEC) to curb supplies and bolster prices.

Many analysts expect global oil markets to flip from slight undersupply in 2017 and early this year into oversupply later in 2018.

One risk to supplies, however, is Venezuela.

“Concerns that Venezuelan output is on the verge of collapse continue to swirl around the market,” ANZ bank said.

The International Energy Agency said last week that Venezuela, where an economic crisis has cut oil production by almost half since early 2005 to well below 2 million bpd PRODN-VE, was “clearly vulnerable to an accelerated decline”, and that such a disruption could tip global markets into deficit despite soaring US output.

“We remain bearish on the future direction of its (Venezuela’s) oil sector, with production ... averaging 1.535 million bpd, down 379,000 bpd on average over the year,” BMI Research said.