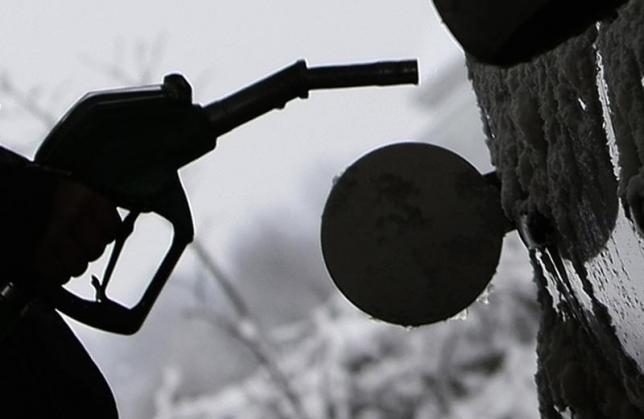 SINGAPORE - Oil prices slid on Thursday as record US crude inventories at the Cushing delivery point and worries about a global economic slowdown weighed on markets, and Goldman Sachs said prices would remain low and volatile until the second half of the year.

International benchmark Brent crude futures LCOc1 were trading at $30.53 per barrel at 0301 GMT, down 31 cents.

Inventories at the Cushing, Oklahoma delivery point for US crude futures rose to an all-time high just shy of 65 million barrels, data from the government's Energy Information Administration (EIA) showed on Wednesday.

"Brent is holding much stronger than WTI which reflects the current oversupply in the US," said analysts at Singapore-based brokerage Phillip Futures.

The overhang in oil supplies, together with an economic slowdown in China, means that prices will remain low until the second half of the year, Goldman Sachs said in a note to clients.

"The risks of China growth concerns and oil price downside ... materialised faster than we anticipated," the bank said.

Oil prices have fallen almost 75 percent since mid-2014 as producers pump 1-2 million barrels of crude every day in excess of demand, just as China's economy grows at its lowest rate in a generation. Trading activity in Asia remained low due to China's New Year holiday which lasts all week and as Japan is also on a public holiday. -Reuters