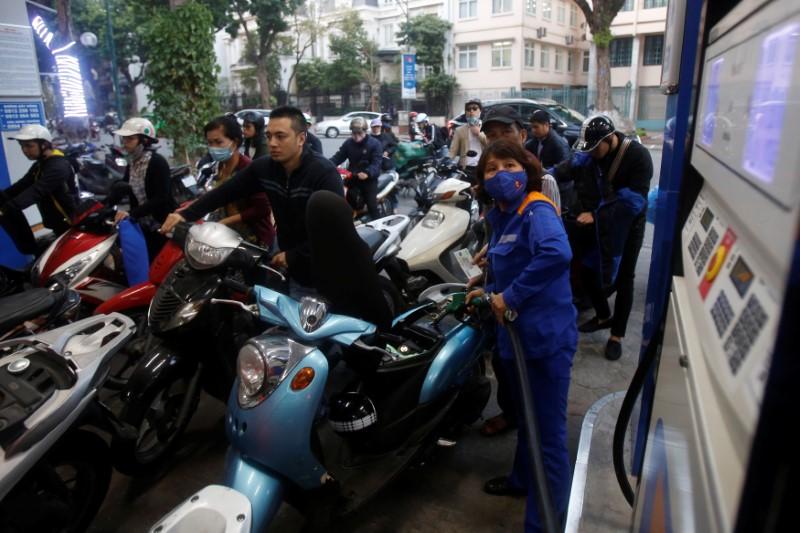 SINGAPORE - Oil prices firmed on Wednesday to hold near eight-week highs hit in the previous session, on expectations of a drawdown in US stocks and as a rise in shale oil production shows signs of slowing.

Crude inventories declined by 10.2 million barrels in the week ending July 21 to 487 million, compared with expectations for a decrease of 2.6 million barrels.

The market has been buoyed by Saudi Arabia's announcement at a meeting of the Organization of the Petroleum Exporting Countries (OPEC) and non-OPEC producers on Monday that it would limit crude exports to 6.6 million barrels per day (bpd) in August, down nearly 1 million bpd from a year earlier.

"This has seen expectations of further drawdown in inventories increase," ANZ said in a research note, referring to the Saudi plans. Nigeria also agreed to join a push to rein in production by capping or cutting its output from 1.8 million bpd once it stabilizes at that level.

However, the current uptrend in oil prices could be limited to the low $50 per barrel region, according to Ric Spooner, chief market analyst at CMC Markets in Sydney. "As we approach $50 and into the low $50s, that's a level that could attract increased US shale oil production if it stays around that level," he said.

On Monday, Anadarko Petroleum Corp said it would cut its 2017 capital budget by $300 million because of depressed oil prices, the first major US oil producer to do so, after posting a larger-than-expected quarterly loss.

Oil prices have come under pressure from an oversupply of crude around the globe, brought on in part by rising production from US shale regions.

Indonesia's energy minister said on Tuesday that Southeast Asia's top crude producer would be open to rejoining the Organization of the Petroleum Exporting Countries (OPEC) as long as it is not forced to curb its own crude oil production. -Reuters