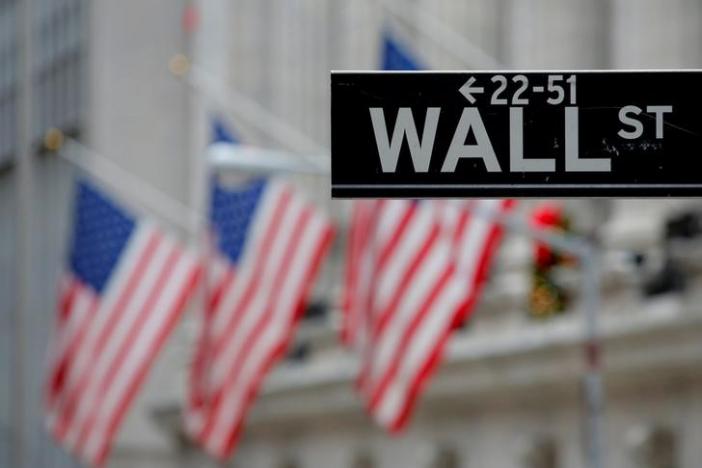 NEW YORK –Oil prices recovered on Friday from some of the previous day's steep slide after investor disappointment that OPEC curbs did not go far enough, while Wall Street stocks eked out a seventh straight day of gains.

US bond yields stayed steady and gold saw big gains as a risk-off sentiment and concerns about political uncertainty took hold, with spot gold XAU= rising to its highest since May 1.

"We have had the political noise coming from Trump and the U.S. administration and there is a certain element of uncertainty in the markets in general, which is supporting gold. Equities are also down," analyst Carsten Menke at Julius Baer in Zurich said.

Friday's partial rebound for oil prices followed a day of downward pressure. Some market participants had priced in more aggressive, extended output cuts from the Organization of the Petroleum Exporting Countries.

The U.S. dollar, however, rose after upbeat data showed that the U.S. economy slowed less than initially thought in the first quarter, as gross domestic product increased at a 1.2 percent annual rate.

"The GDP figure was a pleasant surprise. I don’t think markets were looking for a revision this big," said Sireen Harajli, FX strategist at Mizuho in New York.

"It confirms or at least gives some relief to the idea that the weakness that we had seen in economic performance is likely to be transitory."

Wall Street saw another strong day for consumer stocks, offset by weakness in healthcare and real estate shares. The flattening market had threatened to break a winning streak, but the S&P 500 eked out a slightly higher day ahead of a long weekend.

In Britain, the first opinion poll since a suicide bombing killed 22 people indicated the opposition Labour Party had cut the Conservative Party's lead to five points, with less than a fortnight to go to the parliamentary election.

Prime Minister Theresa May has said a big win would strengthen her hand in Brexit negotiations for Britain to leave the European Union.

Meanwhile, analysts said there was caution in the markets ahead of a meeting of leaders from the world's richest economies that was expected to expose deep divisions with U.S. President Donald Trump over trade and climate change.