Oil prices rise ahead of US Iran sanctions, but outlook for 2019 less certain 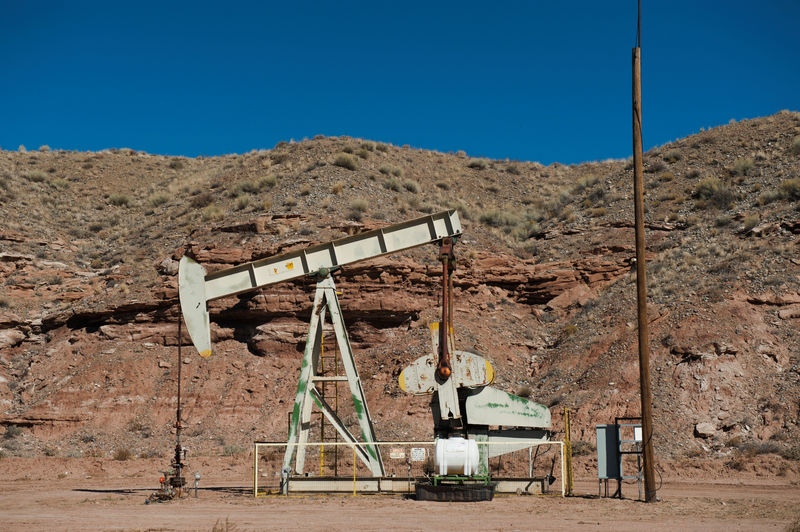 Oil prices rise ahead of US Iran sanctions, but outlook for 2019 less certain

SINGAPORE (Reuters) - Oil prices rose on Friday, as traders focused on US sanctions against Iran’s crude exports that are set to start next month to tighten global markets.
The gains helped claw back some of the losses from the previous session due to rising US inventories and after Saudi Arabia and Russia said they would raise output to at least partly make up for expected disruptions from Iran. International benchmark Brent crude oil futures LCOc1 were at $84.90 per barrel at 0431 GMT, up 32 cents, or 0.4 percent from their last close. U.S. West Texas Intermediate (WTI) crude futures CLc1 were up 43 cents, or 0.6 percent, at $74.76 a barrel. “Crude oil prices drifted lower (on Thursday) on combination of rising oil production in Saudi Arabia and Russia and a build-up of inventories in the U.S.. That said, prices remained resilient as supply worries persist amid looming Iranian sanctions,” ANZ bank said on Friday. Overall oil market sentiment is bullish. Financial traders have accumulated bullish long positions betting on a further rise in prices amounting to almost 1.2 billion barrels of oil. Meanwhile, the number of short positions in the six most important petroleum futures and options contracts has fallen to the lowest level since before 2013, creating a near-record imbalance between bullish and bearish positions in financial crude markets. “Bullish bets have increased substantially as markets are moving ahead of an impending shortfall from U.S.-Iran sanctions,” said Benjamin Lu of Singapore-based futures brokerage Phillip Futures in a note on Friday. There are, however, voices of caution. “While upside price risks will prevail for now, fundamental data outside of Iran has not turned bullish in our view,” Goldman Sachs said in a note to clients dated Oct. 4. “We expect fundamentals to gradually become binding by early 2019 as new spare capacity comes online...pointing to the global market eventually returning into a modest surplus in early 2019,” the bank said. And while Goldman said there was still a “robust demand outlook”, there are increasing signs that high oil prices and declining emerging market currencies like India’s rupee or Indonesia’s rupiah are hitting fuel consumption.