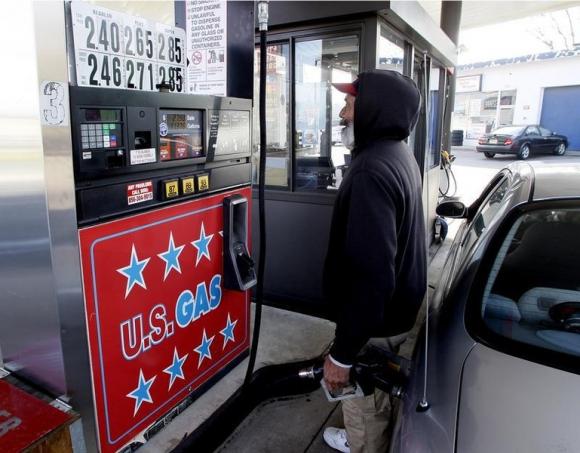 TOKYO - Oil prices rose on Monday after a three-day break, adding to gains in recent weeks as optimism holds that a production freeze among major producers may be implemented, but volumes were thin as a number of markets remain on holiday for Easter. US crude's front-month contract CLc1 was up 50 cents at $39.96 a barrel at 0622 GMT. Last week, the contract rose 2 cents, finishing up for a sixth straight week. Brent's front-month LCOc1 climbed 45 cents to $40.89 a barrel. Last week, it fell 76 cents, or nearly 2 percent, its first decline in five weeks. Oil prices have risen about 50 percent from multi-year lows hit in January on glut worries. Declining US oil output and strong gasoline demand were responsible for some of that recovery, but the bulk of it was powered by major producers' plans to freeze output at January's highs. Producers are due to meet on April 17 to discuss the plan. "The market is going to be held in suspense for a few weeks," said Victor Shum, senior oil and gas analyst at IHS in Singapore. "There is going to be pressure on the participants in the meeting to ensure they achieve something. Otherwise they risk the support-market sentiment that we are seeing now dissipate rapidly," he said. Organization of the Petroleum Exporting Countries (OPEC)member Iraq's oil exports have held steady so far in March, according to loading data and industry sources, halting for now the rapid supply growth from the country. Baghdad has given verbal support to the initiative by OPEC and outside producers to freeze output. In the short term, investors will be looking out for monthly US production figures for January to be released later this week, said Shum. The figures, although months behind, offer one of the most closely monitored data sets for traders and analysts trying to pinpoint signs of a bust in the six-year US shale boom. US crude oil production fell for a third month in December to 9.26 million barrels per day due to declines in the biggest shale-producing states, although the fall was offset by a rise offshore. "Anything higher than 9.2 million bpd would indicate further US production resilience," said Shum. China's refined fuel stocks at the end of February rose 17.3 percent from the previous month to their highest level in four years, while commercial crude oil stocks were up 1.1 percent, the official Xinhua News Agency reported on Monday. -Reuters