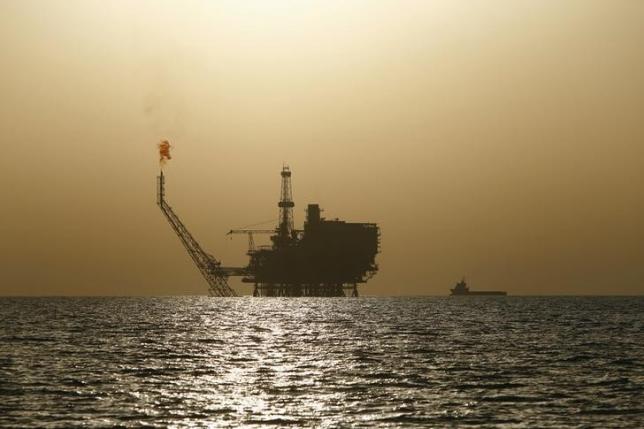 SINGAPORE - Oil prices rose in Asian trade on Monday, following gains last week, as traders shrugged off the impact of Friday's attempted coup in Turkey, while a weaker dollar and upbeat economic data from the United States lent price support. Brent crude futures rose 26 cents to $47.87 a barrel as of 0402 GMT after closing up 24 cents in the previous session, having gained nearly 2 percent for the week. US crude futures climbed 10 cents to $46.05 a barrel after ending the previous session up 27 cents, gaining more than 1 percent for the week. Both benchmarks rebounded after declining early in Monday's session as investors digested the impact from the coup bid. "The market is looking past the coup," said Ric Spooner, chief market analyst at Sydney's CMC Markets. "There is no disruption to shipping. There is nothing in terms of short-term risk (to oil supply)," he said. Istanbul's Bosphorus Strait, a key chokepoint for oil which handles about 3 percent of global shipments, mainly from Black Sea ports and the Caspian region, was reopened on Saturday after being shut for several hours after Friday's attempted military coup. The dollar index slipped against a basket of currencies in early trade on Monday. A weaker greenback makes dollar-priced commodities cheaper for holders of other currencies, boosting demand for crude. Buoyant economic data from the US and China on Friday, the world's two biggest economies, lent support to oil prices. US retail sales rose more than expected in June as Americans splurged on motor vehicles and other goods, while US industrial production recorded its biggest increase in 11 months in June, official data on Friday showed. But Morgan Stanley raised concerns about the longer term outlook for oil consumption as demand for petrochemicals rather than fuels such as diesel and gasoline is clouding the outlook for crude demand, according to a report on Monday. "Fundamental headwinds are growing, supply-demand rebalancing is likely still a mid-2017 event, but tail risks are admittedly large in both directions, as geopolitics add to uncertainty," the report said. "A rapid rise of non-petroleum products is boosting total product demand, but this is unhelpful for crude oil. Based on the latest data, even our tepid 800,000 barrels per day growth estimate for global crude runs looks too high," the report added. -Reuters