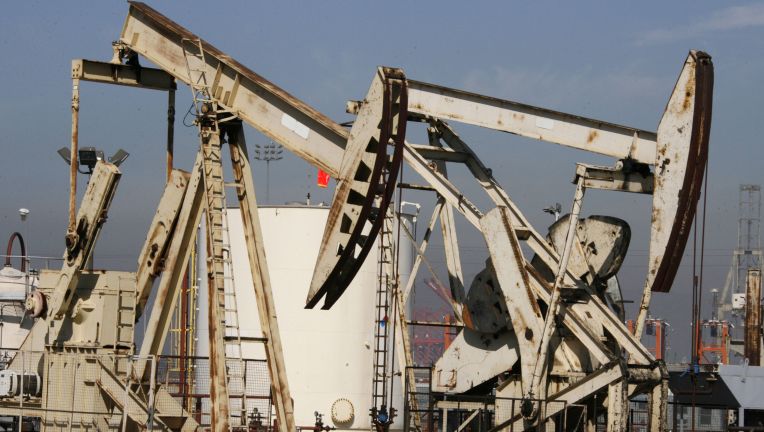 SINGAPORE (Reuters) - Oil prices rose on Friday, driven up as Venezuela struggles to meet its supply obligations and by ongoing voluntary output cuts led by producer cartel OPEC. Brent crude futures LCOc1, the international benchmark for oil prices, were at $77.45 per barrel at 0051 GMT, up 13 cents, or 0.2 percent, from their last close. US West Texas Intermediate (WTI) crude futures CLc1 were up 19 cents, or 0.3 percent, at $66.14 a barrel. Prices were pushed up by supply trouble in Venezuela, where state-owned oil firm PDVSA is struggling to clear a backlog of around 24 million barrels of crude waiting to be shipped to customers.

Despite this, oil markets are not unanimously bullish. One of the key features of oil markets recently has been the widening discount of US WTI crude versus Brent CL-LCO1=R, which has almost quadrupled since February to $11.40 per barrel, its steepest discount since 2015. “This is occurring because of the rapid increase in production from US shale coupled with the tightening of supplies elsewhere through the actions of OPEC and Russia,” said William O’Loughlin, investment analyst at Australia’s Rivkin Securities. Brent has been pushed up by voluntary production cuts led by the Middle East dominated producer cartel of the Organization of the Petroleum Exporting Countries (OPEC) and by top producer Russia, which were put in place in 2017. The group and Russia are due to meet at its headquarters in Vienna on June 22 to discuss production policy. Looming new US sanctions against major oil exporter Iran have further tightened international oil markets. In North America, however, surging US output has pressured WTI crude futures. US crude oil production C-OUT-T-EIA hit another record last week at 10.8 million barrels per day (bpd). That’s a 28 percent gain in two years, or an average 2.3 percent growth rate per month since mid-2016 and puts the United States close to becoming the world’s biggest crude oil producer, edging nearer to the 11 million bpd churned out by Russia.