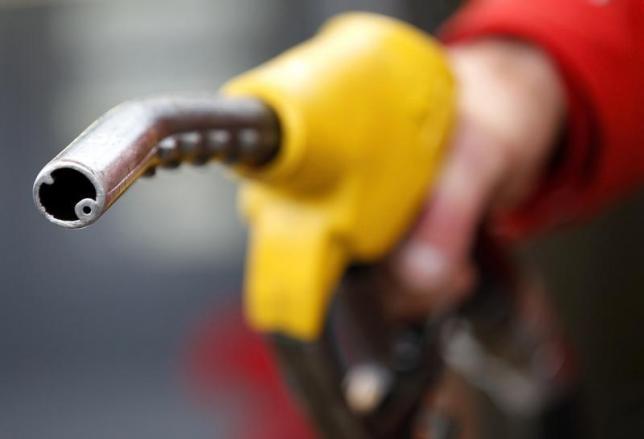 SINGAPORE - Crude oil prices continued to slump on Wednesday as China allowed its currency to fall sharply for a second day, triggering concerns over the country's economic health just as oil production hit multi-year highs. China's yuan hit a four-year low on Wednesday, slipping further a day after authorities devalued it to support its struggling economy and sparking fears of a global currency war. Analysts said they expected China's government to intervene further this year in stimulate economic growth. "We believe the government will continue to ease policy to stabilize sluggish aggregate demand growth," Morgan Stanley said, adding that it expected another interest rate cut towards the end of the third quarter this year. A lower yuan erodes Chinese purchasing power for dollar-denominated imports like oil, potentially hitting fuel demand. U.S. crude futures CLc1 were trading at $42.89 per barrel at 0457 GMT, down 19 cents from their last close which marked its lowest settlement since March 2009. Brent futures LCOc1 were down 31 cents at $48.87 per barrel, more than a quarter lower from their last peak in May. "The Chinese yuan continues to weaken for the second day which could suggest further weakening of oil prices," Singapore-based brokerage Phillip Futures said. "On top of this, OPEC's August 2015 report shows slightly increasing production." The Organization of the Petroleum Exporting Countries (OPEC) said on Tuesday that its members continued to boost supplies. According to secondary sources cited by the report, OPEC produced 31.51 million barrels per day (bpd) in July - 1.5 million bpd more than its 30-million-bpd target. OPEC also raised its forecast of oil supplies from non-member countries in 2015, a sign that crude's price collapse is taking longer than expected to hit U.S. shale drillers and other competing sources, and the group forecast no extra demand for its crude oil this year. - Reuters